Paris Saint-Germain will take on RB Leipzig in the first Champions League semifinal, a battle between two managers who once worked together more than a decade ago.

PSG boss Thomas Tuchel coached Leipzig manager Julian Nagelsman 13 years ago when both found themselves on the Augsburg reserve squad.

Nagelsmann, just 20 at the time, was already suffering from a persistent knee injury. Tuchel managed the reserves for the club and asked the injured Nagelsmann to take charge of developing scouting reports on upcoming opponents.

At the time, nobody predicted that such a small job would lead the two to the Champions League semifinal more than a decade later.

“That Julian and I face each other in the Champions League semifinals, it’s incredible but it’s a natural feeling because it’s my job,” Tuchel told reporters on Monday. “I think about my family, his too, and it’s bigger for them than for me.”

The two were never particularly close, according to most reports. That makes their prior run-in more of an amusing anecdote than a sign of destiny. But the two have shown a deep respect for each other. Tuchel is the worthy manager of one of Europe’s most storied clubs, while Nagelsmann has established himself as one of the best young managers in the sport.

Nagelsmann faces the tougher task heading into Tuesday’s match. PSG boasts a roster filled with world-class stars, including Neymar and Kylian Mbappe. Mbappe, who’s been recovering from an injury, played for 30 minutes in PSG’s quarterfinal win over Atalanta.

“We have to be very fast in the defensive line, but we saw against Atletico that Upamecano and Klostermann are very fast and are able to defend very well,” Nagelsmann said of his team’s 2-1 Champions League quarterfinal victory over Atletico Madrid. “There will be situations when you cannot defend against [Mbappe and Neymar] alone. We saw with Atalanta that they tried to defend man-for-man against them, but that it wasn’t so easy because if you lose a single duel, then they have numbers up quickly from midfield.”

That constant threat may be why sportsbooks see PSG as a pretty clear favorite heading into the semifinal. FanDuel Sportsbook lists the French Side as a -270 pick to qualify for the final, with Leipzig at +188 to continue what has been an incredible run in its Champions League debut.

Overall, FanDuel sees PSG as the +230 second choice to win the Champions League, with Leipzig a relative longshot at +900. Bayern Munich (-200) stands as the overwhelming favorite, though the German side must still take on Lyon in the second semifinal on Wednesday. 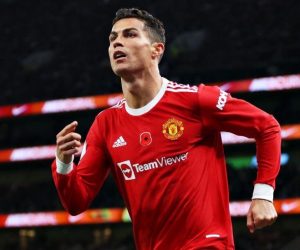