We’ve written a lot about betting on the 2020 elections over the past few weeks and months. From swing states to key Senate races, and even how election odds are determined, we’ve covered just about every angle for bettors interested in putting money down on this year’s races.

Even if you haven’t been following along with every minor movement in the polls for the last six months, it’s not too late to get a handle on the state of the election. Let’s break down the key election odds you need to know heading into Election Day 2020.

There’s nowhere else to start talking about election odds than with the biggest race of them all. President Donald Trump and former vice president Joe Biden are battling for the presidency this year, in a race that may well not produce a clear winning on the night of Nov. 3.

Throughout the campaign, Biden has consistently led in polls, both nationally and in most of the battleground states. On the eve of the election, RealClearPolitics gives Biden a 6.5% lead in its national polling average, along with leads of 2.9 points in Pennsylvania, one point in Florida, 6.6 points in Wisconsin, and 5.1 points in Michigan. The FiveThirtyEight model projects Biden as having a nearly 90% chance of winning the presidency.

Looking for information on some of the most hotly contested states in the 2020 presidential election? Here are links to our guides to the most important and interesting battlegrounds this year.

Of course, Nate Silver would be the first to tell you that saying someone is likely to win isn’t the same thing as guaranteeing it will happen. The polls underestimated Trump in 2016, and though it would take a larger error to produce another upset in 2020, it could happen again. Meanwhile, betting markets and exchanges also factor in other possibilities, such as legal challenges, voter suppression, or other attempts to steal victory from the jaws of defeat.

After factoring those possibilities into the mix, oddsmakers and bettors still see Biden as a substantial favorite. Paddy Power lists Biden at -225 to win the election over Trump (+188), while Biden shares are trading at 65 cents (the equivalent of -186) at PredictIt, compared to just $0.42 (+138) for Trump.

Along with the presidential election, Americans will be paying close attention to the battle for the Senate. While Republicans currently hold the chamber, a number of vulnerable GOP incumbents face strong challengers the year, and oddsmakers think that the Democrats have a good chance of taking a majority into the next Congress.

The FiveThirtyEight model gives the Democrats about a 76% chance of taking the Senate, though that includes scenarios in which the chamber is split 50/50, but in which Joe Biden wins the presidency – making vice presidential nominee Kamala Harris the tiebreaking vote. In terms of betting odds, William Hill has posted odds of +200 on the Republicans holding more than 50 seats, -162 on the GOP falling to 49 seats or less, and +600 on an exact 50/50 split.

As it is every two years, the entire House of Representatives also faces re-election in 2020. Democrats currently hold 232 seats, and only need 218 for a majority. Democrats expect to pick up a handful of additional seats, meaning the Republicans are unlikely take control of the chamber this year. Still, some oddsmakers have posted markets on the House, with William Hill making the Democrats a -800 favorite to hold the majority over the Republicans (+450). The FiveThirtyEight model believes even those odds are too generous, giving the GOP just a 2% chance of winning control of the House this year. 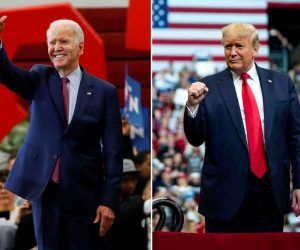 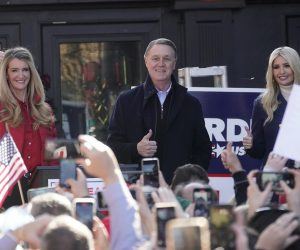