The NBA Southeast has become the worst division in the league, with all five members below .500. The Charlotte Hornets (13-15) sit in first place in the Southeast, but the third-place Miami Heat (11-15) are the favorites to win the division at -152 odds via DraftKings.

Jimmy Butler and the Miami Heat clinched the division title last season. It marked their seventh Southeast title in 10 years.

If the season were to end today, the Hornets would earn the #8 seed in the Eastern Conference playoffs.

The second-place Atlanta Hawks (12-16) are just one game out of first place after they ended a dreadful, four-game losing streak.

The Orlando Magic (11-18) have been ravaged by injuries this season, including losing both their starting and backup point guards. Now one of their big men, Mo Mamba, is drawing interest from the LA Lakers after Anthony Davis went down with a calf injury.

Even though the Washington Wizards (9-17) have arguably the best two players in the division with Bradley Beal and Russell Westbrook, the Wiz have yet to reach 10 wins this season as the second-worst team in the Eastern Conference.

The Miami Heat were huge preseason favorites to win the Southeast for the second season in a row. They were -360 odds to clinch the Southeast division, and their closest competitors were the Atlanta Hawks and Washington Wizards at +700 each.

Every week we keep waiting for the Miami Heat to turn things around. We know they’re late bloomers. They got hot at the right time during last year’s postseason and nearly ran the table to contend for the championship. But it’s also that deep run that’s part of their problem. The Heat didn’t have much of an offseason and everyone’s a bit worn down. If you have faith in Jimmy Buckets and Erik Spoelstra, then stick with your gut and back the Heat at -152 odds to win the Southeast.

The Atlanta Hawks have one of the best pure scorers in the league with Trae Young. He’s displayed a sharp-shooting range that extends to almost half-court. Despite the bombs, the Hawks (allowing 112.9 ppg) struggle to maintain leads in the second half. Until they can close out games in the fourth quarter, the Hawks won’t be a legit threat in the Southeast.

Take a Flier on LaMelo and Hornets

If you love the Charlotte Hornets, you should have taken a flier on them in the preseason at +3300 odds to win the Southeast.

Right now, the Hornets are a worthy value play to win the Southeast at +600 odds. The Hornets have never won the Southeast since its creation after realignment in the 2004-05 season. If you ask LaVar Ball, his son LaMelo will lead the Hornets to the promised land, including a division crown.

Ball, the #3 pick in the 2020 NBA Draft, will be tough to beat for Rookie of the Year. And the scary thing is, he keeps getting better. Even the top scouts thought his outside shot was the weakest aspect of his game and he might be a scoring liability. Both those assessments are laughable because Ball can shoot the rock. Everyone expected he’d be an excellent passer and playmaker, but he vastly improved his outside game.

Ball averages 20.9 points, 6.9 rebounds, and 6.3 assists per game this month, including an impressive 43.9% success rate from 3-point range.

The injury-prone Gordon Hayward played 26 games this season and leads the Hornets with 22.3 ppg. If he remains healthy, the Hornets are a legit threat to win the Southeast. Terry Rozier (20.6 ppg) is having a stellar season, yet playing in obscurity in Charlotte.

Don’t Tell Harry Potter, the Magic and Wizards are Dunzo

The Orlando Magic took it on the chin with injuries to Markelle Fultz, Aaron Gordon, Evan Fournier, and rookie Cole Anthony. They’re moon shots to win the division at +2000 odds, so save your money.

We feel bad for Bradley Beal. He plays for a franchise that doesn’t deserve him, yet he’s loyal and doesn’t want to leave the Washington Wizards. Beal leads the NBA in scoring this season with 32.8 ppg. Russell Westbrook is up to his old tricks and almost averaging a triple-double on the season with 18.9 points, 9.5 rebounds, and 9.4 assists per game. The Wiz have a few top youngsters, including Rui Hachimura and Thomas Bryant, but they lack the depth and defensive mindset to win games in crunch time. 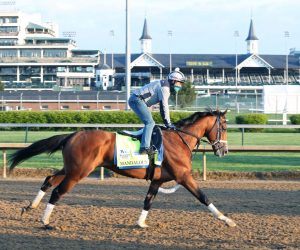 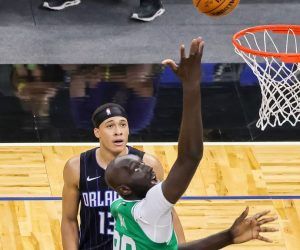 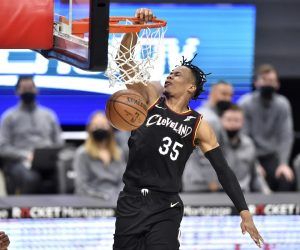