Known for her air-tight poker site reviews, Bridget constantly raises the bar by putting each and every online poker site to the test before we recommend it. 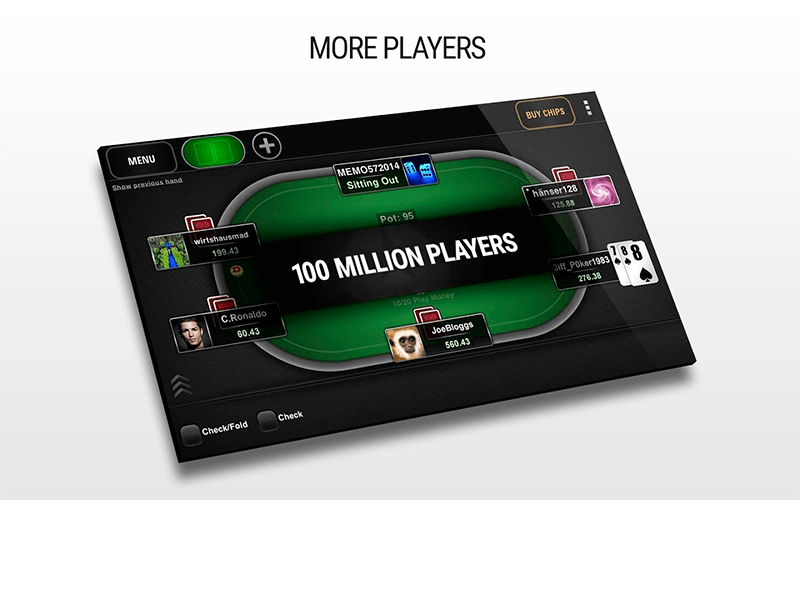 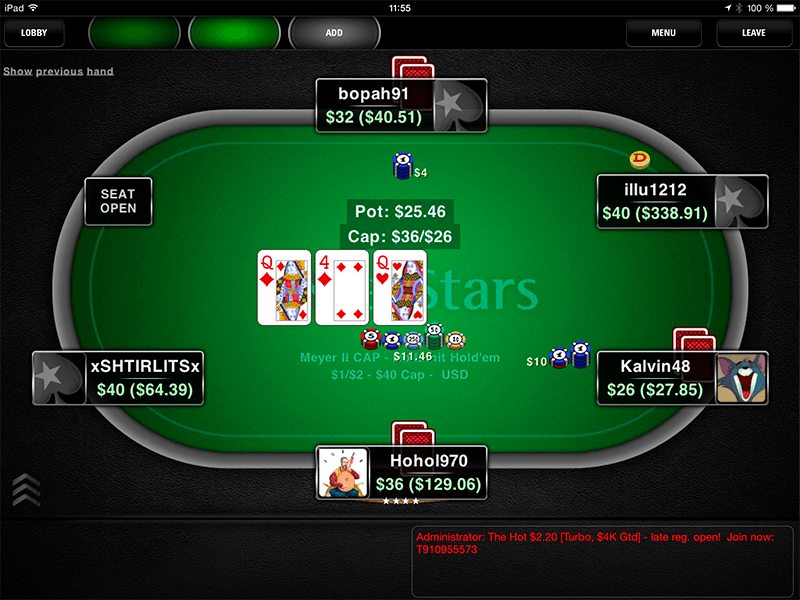 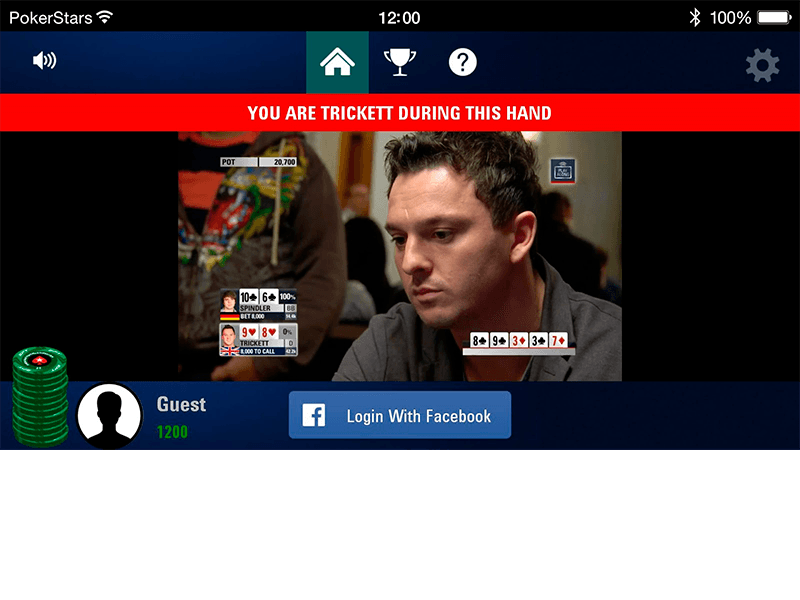 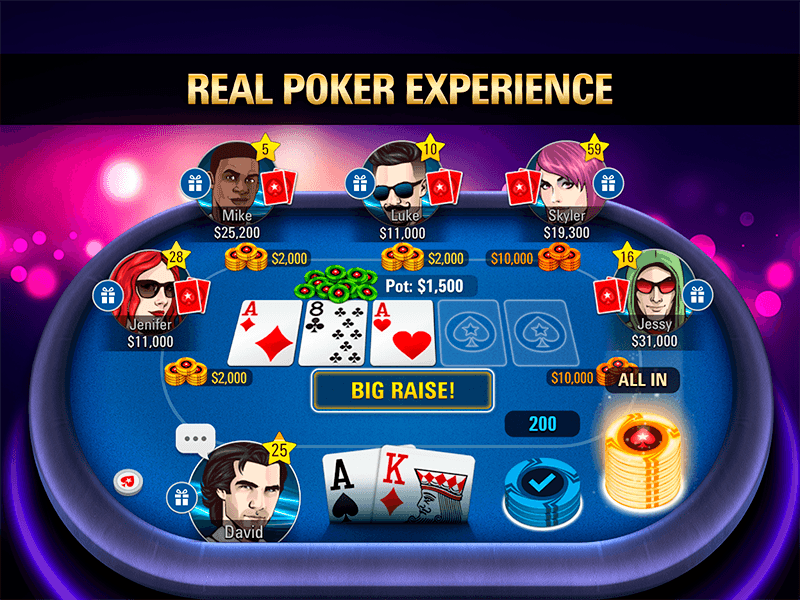 PokerStars was at the forefront of the online poker revolution a couple of decades ago. Since then the Isle of Man-based brand has grown to become one of the world’s most famous online casinos. With plenty of casino bonuses and big tournaments, it’s easy to see why PokerStars have become so popular. Here’s a few things that impressed us in our PokerStars review.

What We Liked
What We Disliked

If you are into poker games, you’re in for a treat. If you want to play slots or table games, then you should probably head elsewhere.

With a brand name like PokerStars, it’s easy to guess what this online casino specializes in. As a result, we weren’t too surprised to find that the PokerStars site contained nothing in the way of normal free casino slot games. Despite this, it looked like the brand had a few online casino slots tournaments. Here’s a taster of what to expect.

The free online casino games at PokerStars are primarily poker variants. This means that you’ll never have a better chance to play options like Omaha, stud poker, hold’em and much more. Don’t miss out on the chance to try lesser-seen poker variants such as razz and courchevel too.

Some gamers might be disappointed to find that there aren’t any free casino games like blackjack or roulette at the PokerStars site. There’s also little evidence of any games like baccarat and keno, all of which points to the fact that PokerStars are very serious about keeping it strictly poker.

Other Games - Many Poker Innovations

Whilst PokerStars doesn’t have anything in the way of video poker options, they have been quick to implement some of the latest poker innovations. Nowhere is this more evi-dent than with the PokerStars VR feature. This gives you chance to use your virtual reality headset to play against other gamers in a completely immersive artificial environment.

Ultimately, PokerStars is all about its massive poker tournaments. There’s something of interest to all levels of poker players here; whether you’re aiming to get on the High Roll-er Club Leaderboard or just trying some 6+ Hold’em, you’ll be sure of top-class gaming at PokerStars.

After you pick up the PokerStars casino bonus, you get to enjoy Stars Rewards and can even join the High Roller Club.

PokerStars want to make it as easy as possible to make a decent start on their gaming site. You get a flexible choice of welcome bonuses to boost your initial betting stakes. There’s also a strong rewards points system to constantly lift how much you make from the PokerStars site.

There are currently two sign-up bonuses at PokerStars. The first offer gives you $30 of free play when you make a deposit of $20 or more with the THIRTY bonus code. Or there’s a 100% matched deposit bonus of up to $600 if you use the STARS600 promo code.

Once you’ve mastered the basics of the PokerStars site, then it might be worth joining their High Roller Club. This has daily high-stakes tournaments where the minimum buy-in is $530. A great opportunity to raise your poker skills and make some massive win-nings.

Every time that you play real money games on PokerStars, you will get points in the Stars Rewards program. This gives you chance to win a ‘chest’ filled with personalized re-wards. Plus, you’ll also get opportunity to enter the highly prized Spin & Go tournaments.

Once you download the PokerStars software, you can simply make safe real money deposits and withdrawals.

PokerStars serve up a pleasing variety of payment methods for adding money to your ac-count. The precise range of payment brands will vary according to the country that you are resident in. But expect to see many of the following payment methods:

All of the payment methods featured at PokerStars have their advantages and disad-vantages. Thankfully, all of your deposits should turn up instantly in your account and there shouldn’t be any fees for adding money to your account.

Withdrawing Funds - How to Get Your Winnings

For obvious reasons, you can’t make a withdrawal back to payment methods like Mas-terCard and Paysafecard. This means that you might have to make a bank transfer to get your winnings. PokerStars won’t charge you any processing fees for making bank trans-fer withdrawals.

Withdrawals will usually be paid back to the payment method used to make deposits. PokerStars pledge to make all payments between three and ten business days. Bear in mind that bank transfer withdrawals might take even longer.

PokerStars have developed some great iOS and Android apps to help you enjoy a faster way to play poker on the go.

Just like you will need to download gaming software to your laptop or desktop computer, you will also need to download an app to play on a mobile. Thankfully, PokerStars have taken the time to make sure that their gaming apps are as user-friendly as possible.

The PokerStars apps are fully optimized for iOS and Android devices. These allow you an easy way to play poker on the go and you can even use the mobile cashier to make stress-free payments. Don’t forget the PokerStars Clock app is a great way to make sure that you never miss out on yet another PokerStars tournament.

With full licensing and regulation from the Malta Gaming Authority, PokerStars represent a safe bet for your online casino gaming.

PokerStars have built up a strong reputation as being the world’s biggest poker site. They couldn’t have done this unless they were able to prove that their games are fair and that they can take care of your details and deposits. This has helped PokerStars gain a li-cense from the Malta Gaming Authority to make sure that you have a fair and safe time on their site.

All of the casino games featured on the PokerStars site are independently tested by Gaming Labs. In addition to this, PokerStars have teamed up with GamCare to make sure that you have all of the responsible gambling tools you should ever need.

The PokerStars customer service team is ready to answer your queries 24-hours a day, seven days a week.

Whilst PokerStars don’t appear to feature any kind of live chat, they do have a simple email support form on their site. This promises to give you quick and efficient responses to your queries 24/7.

There’s also nothing in the way of a telephone hotline either, but PokerStars have taken the time to create a very valuable Help Center. This gives you a great chance to get in-stant answers to anything from deposit questions to queries about poker gaming rules.

PokerStars is not a site for fans of slots gaming. But if you are looking for a safe and easy way to win big on poker, PokerStars is hard to beat.

PokerStars have once again shown us that they are an unbeatable place for playing poker. They feature a massive range of poker variants and their tournaments and promo-tions are easily amongst the best.

If you’re looking for other casino games like slots, roulette and blackjack, then PokerStars probably isn’t the site for you. But with full licensing, great apps and 24/7 customer sup-port, it’s easy to see why PokerStars is so popular.

PokerStars might be a little different to the standard online casino. But if you are serious about poker gaming, then it’s clear that you should keep the PokerStars site bookmarked.

Play now ▸
Back to top

We're sorry to announce that visitors in your location aren't allowed to access this review.

Get your $100 Bonus at PokerStars