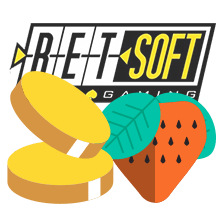 There are many companies today providing high quality software for online gambling. But if you are looking for cinematic quality and nothing but the best will do, Betsoft is the name you should keep in mind.

Betsoft, founded in 1999, only offers about 150 games, so the focus is clearly on quality rather than quantity. But every game provides a special experience comparable to seeing an animated feature film from a top producer or playing a best selling console video game. If you prefer to play for free rather than for real money, you can do so. All of the games are available either for downloading on your computer or in an instant play flash version. A few of the games can also be played on mobile devices. Some of the Betsoft games offer progressive jackpots for real money play. Since they are both game specific and casino specific, the top prizes, though not skimpy, are not mega-sized either. All Betsoft games have been independently certified for fairness and randomness. Betsoft online gambling software provides games to some of the leading casinos on the internet. is our number one pick for casinos powered by Betsoft in 2021.

Our review team ensures that the 2021 casinos we recommend offer:

Betsoft Gaming was founded in 1999. Where this online gambling software provider distinguishes itself from its competitors is in its emphasis on the entertainment aspects of its products. With gambling online, Betsoft has the intent to go the extra mile to provide players with a mesmerizing experience on par with what is offered in animated feature films and console video games. For example, Slot 3 is its suite of original innovative slot games with widely varying themes featuring state-of-the-art 3D graphics and cinematic quality animations. Besides drawing on the company’s own proprietary Expandicon technology, Betsoft works with audio specialists and professional musicians to enhance the spectacular video graphics with captivating soundtracks and audio effects. Betsoft has also entered into a partnership with Tain, a specialist in 3D cinematic gaming.

Themes Covered By The Provider

Betsoft’s creatively named slot games cover a variety of themes that should appeal to a wide range of players. For example, some of the very diverse themes included are the crime underworld, alien plants from other space, underwater fish adventures, and dancing at the Copa. In addition to slots, a small number of table games are offered through Betsoft online casino software. These are also in 3D and are expressly designed to simulate the land-based experience. Betsoft also offers its own unique version of casino hold ‘em called Poker 3 powered by Adobe flash. Poker 3 is capable of running on most computers. It is a heads-up form of hold ‘em featuring lightning fast action in a visually immersive presentation. Play is about 10x the speed of a full table ring game. Poker 3 is the only poker game featuring cinematic quality 3D graphics in this Betsoft online casino software.

All Betsoft games have been independently certified for fairness and randomness so players can enjoy hours of fun without worrying about games being rigged.

Betsoft games are available in both a downloaded versions and in an instant play flash version. Whereas some providers offer only selected games as a flash casino, Betsoft offers all of its games in that format, which many users prefer, not only because it eliminates the time and trouble of downloading, but also because the Betsoft casino software can be accessed on any browser.

Beginning in 2012 Betsoft has focused on mobile games. The To Go platform offers a small line of portable mobile video slots, optimized for iOS and Android devices.

Casino Popularity Across The World

More than 80 online casinos use Betsoft casino software, including several like Bovada and Drake Casinos that are open to players from the U.S. Betsoft supports different languages and currencies. In addition, a Back Office offers custom solutions and support to meet casinos’ specific needs, including tracking individual player activity and trends.

The Betsoft games have been certified for fairness and randomness by the Alderney Gambling Control Commission, iGaming, and Gaming Laboratories International. Advanced encryption technology ensures the complete security of all player transaction.

Number and Types of Games

Betsoft currently offers 150+ games for online play, of which 29 can also be played on mobile devices. Online gambling Betsoft software can be played for free as well as for real money. Besides slots, the various games that are offered include video poker, blackjack, roulette, 3D poker, and other table games and lottery games.

Betsoft offers a wide enough variety of slots to suit almost anyone’s taste. The following are five of the most popular. All five online gambling Betsoft software can be played on mobile devices as well as in the original instant play flash version.

The Slotfather was one of the first slots to be developed by Betsoft, and it remains one of their most popular. The Slotfather takes its mobster and organized crime theme from the Godfather movies. It is a 5-reel, non-progressive jackpot 3D video slot with 30 paylines. The machine takes coins from 2 cents to $1 and up to 5 coins per payline. The minimum bet per spin is 2 cents and the maximum is $150. Symbols like cigars, pinkie rings, spaghetti, expensive wine, and a newspaper with headlines about the underworld practically screen “Mafia.” There is no wild symbol, but there is a scatter symbol, the Underboss, which rewards you with extra credits. The Slotfather is the game’s bonus symbol, and three or more on an active payline trigger one of four bonus games. The Slotfather has a maximum fixed jackpot of 5,000 coins.

Scary monsters lurking under the bed may seem an unlikely theme for a slot game, but maybe not if you have young children like siblings Jesse and Jane in the game who have ever had trouble falling asleep because of such fears. Under the Bed is a 5-reel, 30payline non-progressive jackpot 3D video slot. The machine accepts coins from 2 cents to 50 cents, up to 5 per line. The minimum bet per spin is 2 cents and the maximum is $75.

Sticky wilds (monsters with a ring around them), free spins, and a “pick me” click and pick bonus round will entertain you as you win. There is also a dice rolling gamble feature giving you a chance to double your winnings. While there is no progressive jackpot, if you line up 5 Jane symbols in a row, you win the base game highest fixed jackpot of 500 coins. But that’s not all. In the bonus game, if you are really lucky, you could find a lot more than monsters Under the Bed, namely the top prize of 105,000 coins!

What an entertaining slot game this is! At the Copa, like the name suggests, turns your computer screen or mobile into a facsimile of the legendary club with a dizzying array of flamingos, bongos, trumpets, maracas, and pina coladas. Meanwhile, pulsating salsa music sets the mood, which only gets livelier as the dancer Carolina shimmies across the reels when you win.

The 5-reel 30-payline 3D video slot accepts coins from 2 cents to 50 cents, up to 5 per line. The minimum bet per spin is 2 cents and the maximum is $75. When the Ocean View wild symbol appears on the middle reel, it turns into an expanding wild. In addition, three or more dancing shoes anywhere on the reels triggers the dancing shoe bonus feature with 10 free spins with a win multiplier and, of course, lots of dancing. There is also an optional coin toss guess gamble feature that gives you the chance each time you win to double your winnings.

If you love adventure and excitement, it is hard to imagine a better bet to provide it than an African safari. Assuming a real one isn’t feasible right now, a virtual safari courtesy of Safari Sam could be just as exciting and also profitable.

Safari Sam is a 5-reel, 30payline non-progressive jackpot 3D video slot with awesome graphics and animations. You actually get to see lions, monkeys, zebras and more in 3D. The main characters are the hunter Sam, Jane (a native swinging from the trees), a jeep, Bilboa tree (the scatter symbol), binoculars (the bonus symbol), and various animals typically spotted on safaris. The machine accepts coins from 2 cents to $1, up to 5 per line. The minimum bet per spin is 2 cents and the maximum is $150. So your safari cost can be either cheap or expensive as you come along for the ride and enjoy such exciting extras as the Wild Animal Free Spin feature (with a 2x multiplier), Random Wilds (with larger multipliers), Stacked Collapsing Wilds, and a gamble feature with a chance to double your winnings. The bonus game is where you choose your viewing spot, not only for animals but for more cash, possibly as much as 2,500 coins!

If you’re greedy for cash, and what slot player isn’t, this 5-reel 30-payline 3D video slot with a 97% payout should appeal to you. The machine accepts coins from 2 cents to 50 cents, up to 5 coins per line. Since betting on all 30 lines is mandatory, the minimum bet per spin is 60 cents and the maximum is $75.

The symbols on the reels, like a treehouse (the wild symbol), elf welcome sign (the scatter symbol), goblins, toadstools, gold coins, and crowns promise an exciting game, and Greedy Goblins doesn’t disappoint. With special features like stacking expanding wilds, cascading drops, free spins (some with win multipliers), and bonus rounds, the action never lets up. In the cascading drop, whenever two or more gold coins appear anywhere on the reels, goblins rush out to collect them and new symbols drop into place; the process continues until there are no more winning combinations. But that’s not all. You can win up to 1,200,000 credits in the free spins, and, in addition, Greedy Goblins offers a progressive jackpot! The progressive jackpot is won when 5 elf symbols show up across the reels on an active payline. Betsoft is not ordinarily known for huge jackpots, but in 2014, one lucky player at Mr. Green Casino scored the biggest Betsoft jackpot on record to date with a $151,384 win on Greedy Goblins!

Betsoft progressive jackpots are tied to individual games at individual casinos. There is no shared jackpot pool. As a result, the jackpots are much smaller than those reported at many other casinos, particularly those that do use a shared jackpot system. The Betsoft jackpots are mostly well under $50,000. A gambler at Mr. Green did win $151,384 in 2014, playing Greedy Goddess, but jackpots of this magnitude are the exception.

Back to top Back to top
Odds calculator View full page >