Who will the Minnesota Timberwolves select #1 in the upcoming NBA Draft? DraftKings updated their odds on which player will become the #1 pick in the 2020 NBA Draft with Anthony Edwards (-152) and LaMelo Ball (+135) leading the way.

Last season, Zion Williamson went #1 in the NBA Draft. Since the NCAA canceled March Madness, Georgia shooting guard Anthony Edwards was projected as the top pick in the draft. With one week to go until draft day, Edwards continues to be the odds favorite to go #1.

The NCAA deemed James Wiseman ineligible to play for the Memphis Tigers due to a recruiting violation. The big man was the top high school recruit entering college basketball last season. He’s listed as the third-highest potential #1 pick.

Cole Anthony, the son of ex-NBA star Greg Anthony, missed part of his freshman season at North Carolina due to a knee injury.

LaMelo Ball has been a phenom since he was a kid. The youngest son of ex-NFLer LaVar Ball had been touted as the best of the trio of hoops wunderkinder. LaMelo’s oldest brother, Lonzo Ball, was a lottery pick when the LA Lakers selected him with the #2 pick in the 2017 NBA Draft. Lonzo currently plays for the New Orleans Pelicans after he was packaged with a slew of Lakers who got traded for Anthony Davis.

LaMelo opted for the international route during his gap year between high school and the NBA. Instead of playing a one-and-done season in the NCAA, LaMelo went down under and signed with the Illawarra Hawks of Australia’s National Basketball League. LaMelo got a taste of the professional life and played against adults in the rough and tumble NBL.

LaVar Ball insisted that the New York Knicks draft LaMelo. The Knicks currently hold the #8 pick in the draft and would have to trade up to acquire LaMelo.

The Minnesota Timberwolves and Philadelphia 76ers were involved in trade rumors. That rumor suggested the Sixers would package Ben Simmons, players, and picks to the T-wolves for the #1 pick in order to draft LaMelo.

The Golden State Warriors hold the #2 pick in the upcoming draft. Some mock drafts hint that the Warriors will draft a big man like James Wiseman instead of a point guard.

Obi Toppin never got a chance to contend for a national championship. The Dayton Flyers were one of the hottest teams in the nation when the pandemic hit and cut short the season. Toppin, a 6-foot-9 power forward, won the collegiate AP Player of the Year and the coveted Wooden Award. It seems obvious why Toppin would be a better fit with the Golden State Warriors. Toppin is a long shot #1 at +6000 odds, but don’t be shocked if the Warriors select him over Ball.

Israel’s Deni Avdija impressed scouts with his scoring and passing ability. Avdija is definitely a raw prospect at 19, but under the proper guidance, the 6-foot-9 point-forward could evolve into a role player like Hedo Turkoglu. With teams hell-bent on trying to draft the next Luka Doncic, you could expect a team to take a flier on Avdija.

Many scouts are high on Killian Hayes, a 6-foot-5 point guard from France. The French-born prospect is the son of a former Penn State player who thrived as a professional basketball in Europe. The elder Hayes wanted his son to keep playing club ball in Europe instead of becoming a pawn for NCAA teams, which he experienced in the 1990s. Hayes is another long shot to get selected as the #1 pick at +10000 odds. 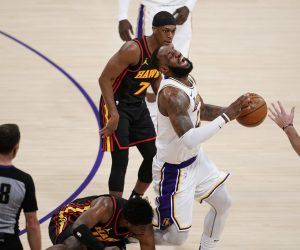 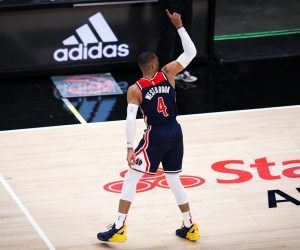 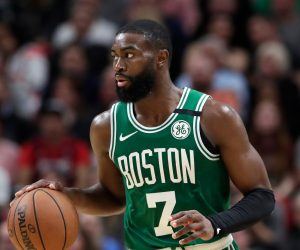