It’s October 2020, which in this bizarre of all bizarre years, means it’s Preakness Stakes time. That there is no Triple Crown at stake does not mean there is nothing at stake in the third and final jewel of a wild, 15-week Triple Crown campaign.

The 2020 American Classics trail ends not in the spring, but in the early fall. It ends in front of empty stands at Pimlico as a Breeders’ Cup “Win and You’re In” challenge event for the Breeders’ Cup Classic next month at Keeneland.

Imagine, a Triple Crown event serving as a Breeders’ Cup prep. Only in 2020.

It ends with a Preakness run outside of May for the first time in 75 years.

It ends without Belmont Stakes champion Tiz the Law, who passed on settling his grudge match with Kentucky Derby winner Authentic here. Instead, Tiz the Law bides his time and waits for Authentic at Keeneland.

But it ends with Authentic leading an 11-horse parade – one that includes the first filly in six years — into Pimlico for bragging rights and breeding prestige. Win the 2020 Preakness Stakes, wrap yourself in Black-Eyed Susans and your pedigree is secure forevermore.

To do that, a few elements bear mentioning.

First, favorites captured 10 Preaknesses since the turn of the century. This is a race where form and class typically prevail.

At the same time, don’t discount longshots on your tickets. Last year, 29/1 Everfast was the fourth runner-up in the last five races going off at 15/1 or greater. That produced a $947 payoff on a $2 exacta bet. So balance your favorites with some tote-board destroying bombers.

From a pace standpoint, the Preakness favors tactical speed. Get out front or get close to the front as quick as you can. Three horses this century: Exaggerator in the slop of 2016 and icons Point Given (2001) and Curlin (2007) rallied from more than five lengths back. If the Kentucky Derby hates closers, the Preakness doesn’t care for them either.

And speaking of Point Given, that was one of Hall of Fame trainer Bob Baffert’s seven Preakness champions. His quest for a record eighth Preakness begins with favorite Authentic and ends with the enigmatic Thousand Words. It bears mentioning that Baffert has never lost a Preakness with one of his Derby champions, where he is 5-for-5.

The Preakness is the 11th of 12 races on Pimlico’s all-stakes Saturday card. It is the only Grade 1 on the card.

Let’s begin. OnlineGambling breaks down the 2020 Preakness Stakes for Saturday’s race in categories, worst to first. Odds are morning-line numbers.

Why Are You Here?

We’re Not Seeing It Here

Pick One Or More and Your Exotic Ticket Thanks You

Waiting in the Wings… 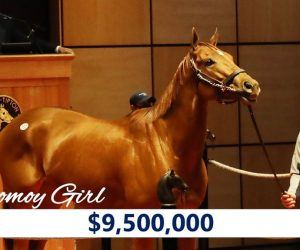