Cristiano Ronaldo was back on the scoresheet for Juventus, who came out 3-1 winners in Sassuolo on Wednesday evening. Still, Juventus could find themselves at a dead-end once the season concludes.

The Serie A champions for the past nine years currently find themselves fifth in the Italian league. Even if they enter the top four — which is the Champions League qualification zone — Juve could still be out from Europe’s top club competition based on a UEFA ruling.

The European Football Association opened an investigation into Juve’s involvement in the Super League project. The same “trial” awaits Real Madrid and FC Barcelona. All three clubs face a Champions League ban of at least a year, according to UEFA sources. The other nine founding clubs were welcomed back by UEFA after agreeing to pay a fine and committing to UEFA’s projects.

What does UEFA say?

As UEFA president Aleksander Ceferin promised, the clubs that refused to step away from the Super League breakaway plan will be subjected to an investigation from European football’s governing body.

“In accordance with Article 31(4) of the UEFA disciplinary regulations, UEFA ethics and disciplinary inspectors have today been appointed to conduct a disciplinary investigation regarding a potential violation of UEFA’s legal framework by Real Madrid, Barcelona, and Juventus in connection with the so-called ‘Super League’ project,” UEFA wrote in a statement.

In his comment on Friday, Ceferin praised the “strong organizations” which admitted their error in subscribing to the Super League, asking for this “chapter to be left behind’ so football can move forward in a positive manner.

“These [nine] clubs recognized their mistakes quickly and have taken action to demonstrate their contrition and future commitment to European football. The same cannot be said for the clubs that remain involved in the so-called ‘Super League,’ and UEFA will deal with those clubs subsequently,” Ceferin announced.

How is Juventus doing on the pitch?

With two games to go, Juventus sit one point behind Napoli. A dismal performance against Milan over the weekend saw Juve lose 3-0 at home, with Ronaldo being almost invisible throughout the game. Still, it’s all to play for in Serie A in the last two rounds of the season. Atalanta, in second place, has just three points more than Juventus.

On Saturday, Juventus will play a big derby game against champions Inter at home before traveling to Bologna next Sunday for the last match of the Serie A season. In between, on Wednesday, Juventus, and Atalanta will play the Italian Cup final after which, Ronaldo and Juve hope to celebrate their only trophy in 2021.

In the 3-1 win over Sassuolo, Ronaldo and Paulo Dybala both scored their 100th goals for Juventus. 43-year-old legend Buffon, who just confirmed his departure from the club at the end of the month, saved a penalty when the score was tied at 0-0. Basically, he turned the match around for Juventus. 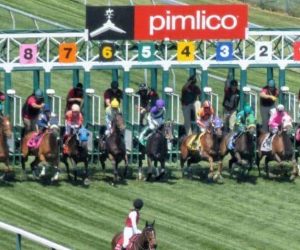