If you’re interested in basketball, blockchains, or have simply been on the internet in the last two months, you’ve almost certainly heard of NBA Top Shot. Simply put, it’s a site that produces licensed digital collectibles that are akin to virtual basketball cards.

But that one-sentence description doesn’t begin to scratch the surface of what NBA Top Shot is all about and where it stands today. In what will become a weekly column, I’ll keep you abreast of what’s going on in this digital marketplace, from the latest news to pricing trends, and more. But to get started, let’s focus on something a bit more basic: what is this, and what do you need to know about it?

NBA Top Shot is a platform that creates and sells a type of NFT or non-fungible token. NFTs use blockchain technology to create unique, digital assets – usually collectibles – that can be verified as genuine and one-of-a-kind.

In the case of NBA Top Shot, we’re dealing with “moments” or highlight video packages. Think of each one as a digital version of a traditional sports card, only with a few advantages. First, there’s essentially no chance of buying a counterfeit moment: each one is “minted” with a unique serial number on the Flow blockchain, and you can access a complete transaction history for your specific version.

👑HAIL TO THE KING👑@andy8052 acquired this Serial No. 1 Legendary LeBron James Moment from our From The Top Series 1 set for $71,455 🚀 An iconic tribute dunk, indeed 💯

The TOP acquisition for any NBA Top Shot Moment … so far 📈

While you may have only heard of NBA Top Shot recently, Dapper Laps founded the site with the NBA in July 2019. For its first 18 months in existence, the platform experienced only slow growth. In January 2021, major sales on the platform began making headlines, as some specific cards were selling for five-figure prices, including one LeBron James dunk that sold for $71,455.

At that time, I jumped into the site in the hopes of learning a bit more about it. I bought two packs of the base set (containing three moments each) for a total of $18. I assumed that with mint runs rising – the Series 2 base set features 15,000 copies of most moments, compared to 4,000 or less for most of Series 1 – that there wasn’t much growth potential in the short term, and that I was mostly doing this as a learning experience.

A month later, my collection was worth well over $1,000. And while prices have cooled down, there has yet to be a release in which the moments inside the packs aren’t worth far more than the purchase price.

That’s due to exploding demand and only gradually increased supply. It’s no longer possible to buy packs at your leisure, with NBA Top Shot now announcing drops ahead of time. In most cases, not everyone will get a pack. Over All-Star Weekend, around 200,000 collectors entered the queue to get a random spot in line for a $199 pack of the Rising Stars series, with each pack including a rare moment featuring first- and second-year stars. Only about 32,740 packs were available, meaning most people left disappointed.

Even widely-distributed packs hold value. On Feb. 27, NBA Top Shot opened the doors to a guaranteed Base Set pack for anyone who waited in line. But three moments per user wasn’t nearly enough to meet demand: while prices didn’t skyrocket as in the most limited-edition sets, it would cost $17 to purchase the three cheapest moments from that series on the site’s marketplace right now, nearly double the initial pack price for the worst possible pulls.

How much value NBA Top Shot moments retain will depend on both their scarcity and their demand. Is this nothing more than speculators flipping cards to each other, or is there an underlying market for digital highlights? It will take some time before we know for sure.

Over the weeks to come, I’ll be tracking price movements, big sales, and the latest NBA Top Shot news. Whether this becomes a fad, a goldmine, or something in between, we’ll go on that journey together here at OG. 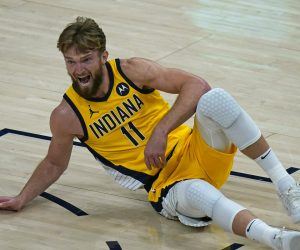 Prop Bet: Will the Indiana Pacers Make the Playoffs? 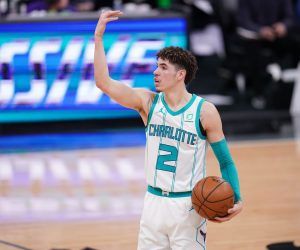 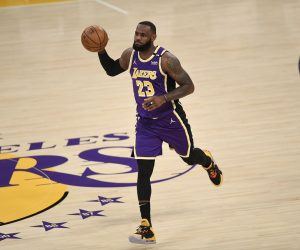