The NBA announced it’s suspending all games after Rudy Gobert, a member of the Utah Jazz, tested positive for Coronavirus Disease (COVID-19).

Shortly before tip-off of Wednesday night’s Oklahoma City Thunder and Utah Jazz game at Chesapeake Energy Arena in Oklahoma City, officials gathered, and players and coaches walked off the court. The game was delayed for several minutes before the announcer informed the crowd the game had been canceled.

Jazz players, Rudy Gobert and Emmanuel Mudiay, were scratched before game time due to “illness” on the injury report.

Sources at ESPN reported that Gobert tested positive for the coronavirus. Mudiay is currently undergoing testing.

Once Gobert tested positive for coronavirus, the NBA suspended the season as soon as they heard the results.

“The NBA is suspending game play following the conclusion of tonight’s schedule of games until further notice. The NBA will use this hiatus to determine steps moving forward in regard to the coronavirus pandemic.”

Gobert, in his seventh season with the Jazz, is one of the top defenders in the NBA. Gobert averages 15.1 points for the Jazz and ranked #4 in the NBA with 13.7 rebounds per game.

Earlier today, the NBA announced that the Golden State Warriors would play Thursday night’s game against the Brooklyn Nets in an empty arena at Chase Arena in downtown San Francisco. That game will not take place after the NBA halted all games until further notice.

Before the Rudy Gobert test results, NBA owners held an emergency meeting on Wednesday morning to address the coronavirus outbreak. The majority of owners voted to continue the season, playing games in empty arenas. A couple of owners wanted to postpone games for a few weeks. Only the New York Knicks wanted to continue on with business as usual.

ESPN initially reported that Silver would make an announcement on Thursday that all NBA teams will play the remainder of the season in empty arenas.

Once the Gobert test came back positive, Silver acted swiftly and canceled all games until further notice once all of Wednesday games were complete.

On Wednesday, the NCAA announced it will play March Madness games without an audience in empty arenas. No word yet on whether or not the NCAA will follow the NBA’s bold decision to suspend all games.

On Wednesday night, the New Orleans Pelicans and Sacramento Kings game was scheduled to tip-off at 7:30pm PT. The Pelicans didn’t come out of the locker room before warm-ups, and the game was postponed shortly before tip-off. 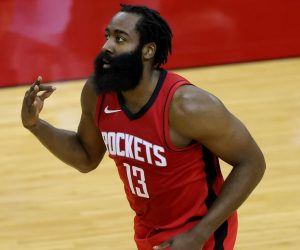 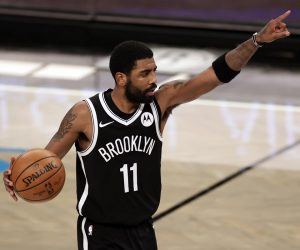 Kyrie Irving Misses Fourth-Straight Game with Nets, When Will He Return to Brooklyn?