German-born Franz Wagner, a sophomore swingman at Michigan, will bypass his junior season in Ann Arbor and declare himself eligible for the 2021 NBA Draft. Wagner is the younger brother of NBA player and former Michigan standout Moritz Wagner.

Wagner, 19, averaged 12.5 points, 6.5 rebounds, and 3.0 assists per game this season. He was Michigan’s third-top scorer. He shot 34.3% from 3-point range. He excelled on both ends of the court and demonstrated versatility, playing both a small forward and shooting guard position.

“The current NBA is all about versatility, guys who can show guard-like skills while having forward-like size,” wrote Wagner in the Players Tribune. “I definitely think I’m developing that type of game.”

ESPN ranked Wagner #9 on its list of the top 100 draft prospects. Most mock drafts have him going somewhere in the top 10.

Wagner is the younger brother of Moritz Wagner. Moritz, at 6-foot-11, is two inches taller than his younger brother. Moritz, aka Mo, played three seasons in Ann Arbor and started for Michigan in his sophomore and junior seasons. In 2018, Mo led the Wolverines as their top scorer, averaging 14.6 points and 7.1 rebounds per game. Michigan went to the Final Four that season, but lost in the championship game against Villanova.

Mo was drafted by the LA Lakers in 2018, but only played one season with the team. He spent his second season in the NBA with the Washington Wizards and played on their second unit. This season, Mo played on three different teams, and was traded twice. He currently plays for the Orlando Magic.

Wagner was offered a lucrative contract to play pro ball in Germany for Alba Berlin in Bundesliga. When Beilein departed Michigan for the NBA, Wagner had a tough decision to make. In the end, he chose college hoops in America. He chose Michigan because he wanted to play for new head coach Juwan Howard.

“Coach Howard has given me the best basketball education I could ask for, but at the same time, he’s never put coaching me as a player ahead of caring about me as a person,” explained Wagner.

Although Howard lacked coaching experience on the collegiate level, he was a former Wolverine, which impressed Wagner.

“After Coach Beilein left, there were a lot of doubters,” said Wagner. “People were questioning whether Michigan was about to take a step back. Coach Howard and our vets got us locked into this mentality where we weren’t going to let that happen. We refused to take a step back, but actually, we were going to push things forward.”

Michigan went 19-12 in Wagner’s first season with Howard in 2019-20. The Wolverines were ranked #25 but never got a chance to play in March Madness after it was canceled due to the pandemic.

This season, Michigan hovered in the top 5 for most of the season. They finished the season 23-5 and got as far as the Elite Eight before being picked off by Cinderella UCLA squad. 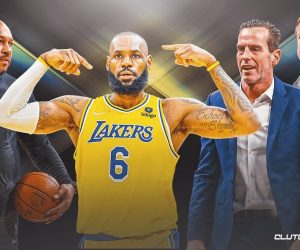 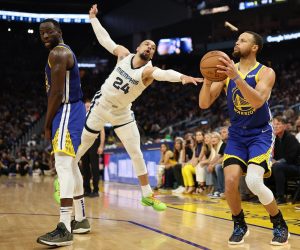