Former UFC lightweight champion Frankie Edgar will try his hand in the bantamweight division as he does battle with No. 5 contender Pedro Munhoz in the main event of UFC on ESPN from the Apex facility in Las Vegas on Saturday.

Edgar (23-8-1) spent the last seven years in the featherweight division, earning multiple title shots, but never getting his hands on the belt.

His time at 145 pounds ended with two straight losses. Max Holloway won a unanimous decision over Edgar for the featherweight title at UFC 240 last year. Chan Sung Jung – better known to many MMA fans as “The Korean Zombie” — defeated Edgar by first-round TKO in December.

Now, the 38-year-old plans to show the world that he can still be a contender, even as he moves down in weight at this late stage in his career.

“I’m coming down in weight, and there’s questions about my abilities here,” Edgar told reporters at Wednesday’s media day. “That’s why I want to go out there, not more so to prove anyone else , but prove to myself that I’m still a top dog in whatever weight class I fight in.”

Edgar draws a difficult first assignment in Munhoz (18-4). While he started slow after joining the UFC in 2014, he’s won seven of his last nine bouts. Munhoz last fought in June 2019 when he dropped a unanimous decision to Aljamain Sterling.

The 33-year-old Brazilian has never quite reached the championship level in the UFC. However, a victory over a huge name like Munhoz could go a long way toward getting him into the title conversation, and at the very least, ensure his next fight will come against a top-ranked bantamweight contender.

“Saturday is a good test to see where I am,” Munhoz said to MMA Fighting. “I want to make a big statement, and I want to be next for the title shot. This is one of the biggest fights of my career, but I do believe every fight is the biggest fight of my career. My fights previously prepared me for this.”

Munhoz enters the fight as a relatively big -270 favorite over Edgar (+205), according to PointsBet. Edgar’s age could prove to be a major liability at a lower weight class, where he’ll not only have to work harder to cut weight, but where he’ll also run into quicker, more elusive fighters. While Edgar possesses strong wrestling skills and should have a size advantage, Munhoz could counter those advantages thanks to his outstanding submission game, which could allow him to end the fight any time it goes to the mat. 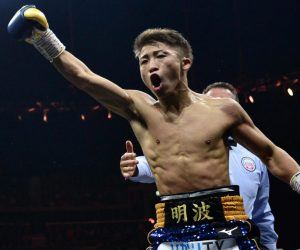 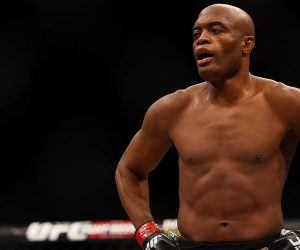