Amanda Nunes is an overwhelming favorite over Felicia Spencer in the UFC 250 main event, with PointsBet Sportsbook listing her as a -650 favorite as of Friday night. Such long odds could make her an unattractive option, especially for casual bettors who will make little money by placing small bets on the two-division champion.

But that doesn’t mean there isn’t great action to be found during the UFC 250 card. Here are five of my favorite bets for Saturday’s event, from both the main event and the preliminary card.

In all likelihood, Nunes will take care of business against Spencer. While she is perhaps the best competition available, Spencer looks simply overmatched against Nunes, who has made short work of elite opponents like Cris Cyborg – who herself outclassed Spencer in their meeting.

However, I’m not sure we should be tempted by the +285 odds on Nunes winning by a first-round KO: while she has finished more impressive opponents in the first round, Spencer’s toughness alone has a good chance to stretch the fight out past that point. Still, when Nunes wins, it will almost certainly be by stoppage, so I prefer getting -182 on a KO rather than -650 on a win.

There’s no guarantee that Assuncao will overcome Cody Garbrandt, a former champion who has already proven he has the capability to beat anyone. But Garbrandt is riding a three-fight losing streak, and he may simply no longer be an elite MMA fighter. Assuncao has proven he can go with just about anyone in the division, and unless Garbrandt has made major improvements, the Brazilian should get the victory.

The undefeated (he does have one draw at 9-0-1) Hooper is far from a perfect featherweight. But at 20 years old, he’s one of the brightest prospects in the UFC. While he’s not nearly the kind of fighter who will just shoot up the ranks to become an undefeated champion, he should be able to get by Caceres, who is a capable low-level gatekeeping veteran, but little more. Hooper should be an overwhelming favorite, and is a good value below -200.

Pitolo is one of the best underdogs on the card. While he could easily lose quickly to Charles Byrd, he could also win the fight in the first few minutes. In an action-packed fight where both men will be looking to finish things quickly and are capable of doing so, I’m happy to take the underdog at a fairly generous price.

This is a bit of a copout, but one that could be valuable for casual bettors who enjoy playing parlays. Both Nunes and Sean O’Malley should have little trouble winning their fights. While the odds offered on these two favorites aren’t terribly appetizing for the average gambler, combining them with any other pick on the UFC 250 card is a great way to get added value for your bet at minimal risk. For a little more spice (and profit), consider again picking Nunes by KO, which is easily her most likely method of victory. 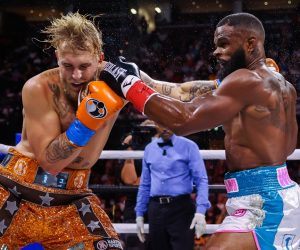 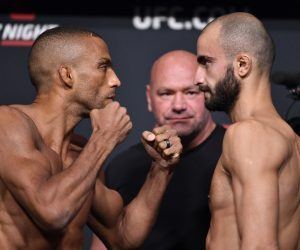 MMA Notebook: Cannonier Gets Past Gastelum, Martinez to Honor Soliz After COVID-19 Death