The Supreme Court of the United States (SCOTUS) cracked another small hole in the NCAA’s policies against paying student athletes on Monday, ruling that the organization can’t place limits on education-related payments players receive from their schools.

The unanimous 9-0 Supreme Court decision upheld a ruling by a lower court that found the restrictions violated antitrust laws.

SCOTUS rejected the NCAA’s arguments, including the idea that lifting these limits would create a slippery slope toward schools making large payments to student athletes under the guise of rewarding academic achievement.

Justice Neil Gorsuch wrote the court’s opinion, but noted that the decision was only about education-related benefits, and not about the NCAA’s overall business model. Justice Brett Kavanaugh went far further in a concurring opinion that questioned the entire way that the NCAA’s rules against compensation for players works.

“The NCAA couches its arguments for not paying student athletes in innocuous labels. But the labels cannot disguise the reality: the NCAA’s business model would be flatly illegal in almost any other industry in America,” Kavanaugh wrote. “All of the restaurants in a region cannot come together to cut cooks’ wages on the theory that ‘customers prefer’ to eat food from low-paid cooks. Law firms cannot conspire to cabin lawyers’ salaries in the name of providing legal services out of a ‘love of the law.’ Hospitals cannot agree to cap nurses’ income in order to create a ‘purer’ form of helping the sick … price-fixing labor is price-fixing labor.”

For now, other NCAA limits on compensation for student-athletes remain in place. Gorsuch wrote in his opinion that the Supreme Court didn’t consider other types of payments largely because the plaintiffs did not ask them to.

An NCAA statement emphasized the narrow scope of the ruling, saying that it “reaffirms the NCAA’s authority to adopt reasonable rules and repeatedly notes that the NCAA remains free to articulate what are and are not truly educational benefits.”

NCAA president Mark Emmert just sent his statement on the SCOTUS ruling to members in Divisions I, II and III. @TheAthletic got a copy of the email: pic.twitter.com/MXYNgnBAPd

“Even though the decision does not directly address name, image and likeness, the NCAA remains committed to supporting NIL benefits for student athletes,” Emmert said. “Additionally, we remain committed to working with Congress to chart a path forward, which is a point the Supreme Court expressly stated in its ruling.”

The Supreme Court ruling shouldn’t have any immediate impact on bettors. While the NCAA argued that lifting the cap on education-related expenses could allow schools to pay outrageous sums to players for hitting GPA goals, in reality, the ruling will let schools give athletes computers, additional postgraduate scholarships, and similar perks. That could mean meaningful help to a variety of athletes, but it’s unlikely to tip the balance of power in sports like Division I football and basketball.

On the other hand, the ruling could open the door to future cases that might destroy the NCAA’s amateurism model once and for all. Should that happen, the gulf between major sports powers and smaller schools could quickly widen depending on how much universities are willing to let their athletic departments spend in the name of winning championships. 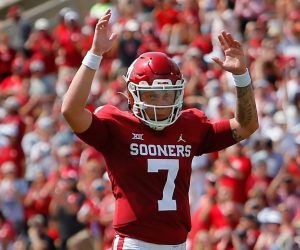 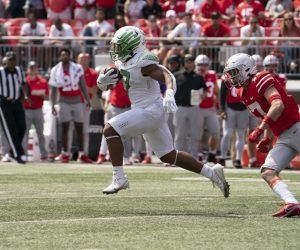