Don’t go chasing waterfalls, unless you’re in the middle of a firefight in a PUBG match. PlayerUnknown’s Battlegrounds Mobile (PUBG) released their latest mobile update that includes a new secret map, Livik, and a fast-paced format with a reduced field (52 players) that concludes in less than 15 minutes. Livik, a Nordic-inspired map, includes waterfalls, hot springs, breathtaking vistas, and a secret underground tunnel.

If PUBG and other battle royale video games are compared to a poker tournament, then Livik is akin to a six-handed SNG. PUBG Mobile users will compete in a smaller field consisting of 52 players on the smallest map to date (2km by 2km size). Action junkies will love the constant action at Livik, with rapidly changing circles and safe zones.

Developers at Tencent Games designed Livik to accommodate players with a busy schedule. The devs focused on creating a high-action game that can be resolved in 15 minutes. PUBG games normally have 100 players jumping into one of their four maps that typically last 30 minutes.

“The idea of a map that was smaller in nature, with faster-paced action-packed matches began to take form, and the first-ever battle-royale map with an emphasis on shorter, 15-minute matches was born,” said Tencent Games in an exclusive interview with Reddit.

Livik, which is currently in “Beta” mode, is available exclusively on iOS and Android mobile devices.

Check out the fast paced Livik map, the new TDM mode and map, and so much more! 👉 https://t.co/Lvgc5qlZAp pic.twitter.com/j4v74jr3wK

Developers at Tencent were inspired by a field trip to Scandinavia. They wanted to incorporate many of the natural elements they encountered onto a new map. The diverse terrain on Livik makes it stand out from the other four maps. Vikendi is a snow and winter-based map, but Livik has a snowy and icy region located in only one area of the 2×2 map. The Northeast corner of Livik is located in higher elevations and includes the Iceborg, Rose Farm, and Hot Springs.

The Hot Springs have a unique feature. Much like in real life, the hot springs in Livik have healing properties. Take a dip in the hot springs to rejuvenate your health after a firefight.

You will recognize the building layouts in Livik. It’s sort of a mashup of architecture from other maps. You’ll find similar buildings to those in Erangel, Miramar, Sanhok, and Vikdeni.

The good news is that there’s ample loot in Livik, even in remote areas. You can investigate the new areas of the map without worrying about being outgunned in a potential firefight. Livik includes the special P90 submachine gun. If you’re a sniper specialist, then you’ll be thrilled to hear about the inclusion of the MK12 (with burst capabilities). On other maps, you can only access the MK12 through a cargo drop. On Livik, you can find an MK12 as part of the ordinary loot.

Livik, at 2×2, is the smallest map on PUBG Mobile. You don’t need vehicles, but zones change must faster than you’re used to on larger maps like Erangel and Miramar. Pay attention to the map inlay and be prepared to rotate quickly. Those safe zones and blue circles switch out fast, depending on how many players remain.

The three biggest locations on the Livik map include Midstein, Power Plant, and Blomster. There are other cool fringe spots including Askehaus, Gass, Crabgrass, Holdhus, and Helle. There are also industrial areas including the Shipyard, East Port, and Lumberyard.

The Waterfalls not only look cool, but they’re also fully functional. You can dive over the falls (be careful, you can incur injuries) or jump them in a cool jetski. The Waterfalls are a fun recreational area, but be careful that opponents might be trying to ambush you while you frolic in the falls.

The Aqueduct includes a secret tunnel that unearths an ancient temple and passageways loaded with loot and weapons.

Livik includes a picturesque area called Lupin Felt. The tranquil spot includes windmills and photogenic flowers, and reminds you of a famous Dutch painting. The Reeds is another quaint spot, but it’s also ripe for ambushes.

Don’t forget about the Monster Truck. We’ll give you a hint: you’ll find it in Helle. The Monster Truck is everything you expect with its massive wheels and ability to traverse anything in its way. The downside to the Monster Truck is that everyone on Livik will hear you coming. It’s very loud, so take a quick joyride at the start of the match and then ditch the truck while rotating into the next safe zone.

PUBG On Deck: Erangel 2.0 and Karakin

While most of the PUBG Mobile community anticipated the release of Karakin, a 2×2 map inspired by the Middle East, Tencent Games threw everyone a curveball with Livik. Tencent games released Karakin on PC and console versions earlier in 2020. Fans hoped Tencent would release a mobile version of Karakin sometime this summer.

According to an interview with Tencent’s developers, the team is working on an updated version of the original map.

“We know that a lot of players are anticipating Karakin or even Erangel 2.0,” said Tencent Games via Reddit. “We promise you that we are working on related content right now. Since Erangel 2.0 has received a lot of attention, we do have some good news to announce, the Dev team is putting the final touches to the map.”

Tencent estimates it will release Erangel 2.0 in the second half of 2020. The devs were vague about the future date for Karakin, but promise that it will be released … eventually.

Numerous pros hope they can get a crack at competing in PUBG Mobile eSports events on the new Livik map. At present, PUBG World League utilizes the first four maps: Erangel, Miramar, Sanhok, and Vikendi. 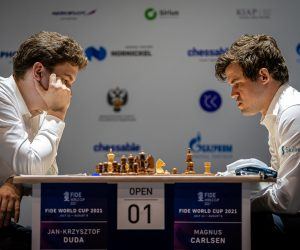