When the NBA resumes its regular season, a trio of teams in the Western Conference — the Memphis Grizzlies, New Orleans Pelicans, and Portland Trail Blazers — will battle for the # 8 seed. Ja Morant and the Grizzlies (32-33) currently hold the # 8 seed, but Zion Williamson and the Pelicans, and Damian Lillard’s Blazers trail the Griz by 3.5 games each.

The top-heavy Eastern Conference has two sub-.500 teams — the Brooklyn Nets and the Orlando Magic — in the #7 and #8 seeds. The Washington Wizards are on the bubble, but even with Bradley Beal, the Wiz seem like a Hail Mary at best.

While the eastern bubble race seems like a joke, the west race should be a fun sweat. Two rookies are seeking their first trip to the playoffs, while Lillard and the banged-up Blazers are looking to show the rubes that they’ll have to wait until next season.

All-Star Damian Lillard and the Portland Trail Blazers (29-37) offer up an enticing “value sweat” at 4/1 odds to secure the #8 seed in the playoffs. Lillard and the Blazers went all the way to the Western Conference Finals last year, but ran out of gas against the Golden State Warriors.

This season, the Blazers incurred numerous injuries, especially on their frontline, including losing Lillard to a groin injury. The desperate Blazers needed a small forward and called Carmelo Anthony. Melo did a bang-up job, all things considered, but can he and Lillard make a run to overtake the rookies (Ja Morant and Zion Williamson) for the final spot in the playoffs?

The NBA suits would wet themselves if they could lock up a first-round playoff series with the New Orleans Pelicans and Los Angeles Lakers. LeBron James versus Zion Williamson sounds like a fun series. Plus, there’s the added drama of Anthony Davis taking on his old team after forcing a trade. Meanwhile, a slew of ex-Lakers currently play for the Pelicans and would love to serve up revenge with an opening-round upset of the #1 seed.

The San Antonio Spurs were 25/1 at the start of June. Oddsmakers bumped their odds to 50/1 after the announcement that LaMarcus Aldridge will miss the rest of the season/postseason because of shoulder surgery.

The Nets won’t have a magical savior to help them, as Kevin Durant confirmed he won’t return to the team until next season. Durant recovered from a bout with coronavirus, but he’s still not recovered from Achilles surgery. The Nets will advance to the playoffs without their floor leader, Kyrie Irving. Irving underwent season-ending surgery to repair a nagging shoulder injury that plagued him all season.

Both the Magic and the Nets are roughly even money to finish up with the #8 seed.

The Nets will be led by Spencer Dinwiddie, but no one knows how much longer he’ll be around. Dinwiddie pops up in so many NBA trade rumors that it’s hard to keep up. The Nets want Bradley Beal from the Wizards, but would have to deal Dinwiddie to DC. The Lakers need a veteran point guard, and Dinwiddie fits the bill.

Beal wants to remain in DC with the Wizards. The NBA’s second-best scorer hopes that the return of John Wall, coupled with the team adding much-needed help in the front-court, will put the franchise back on the winning path. It’s been more than 40 years since the franchise (then known as the Baltimore Bullets) won their only NBA championship, thanks to Wes Unseld. 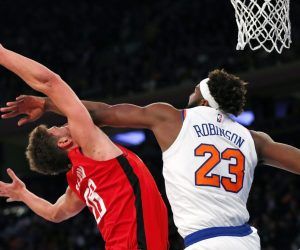 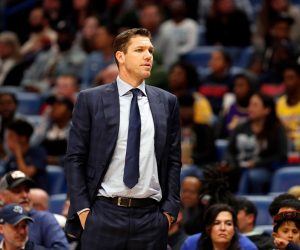 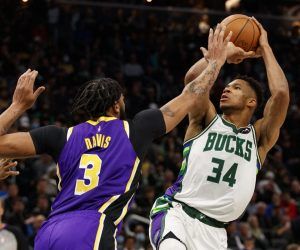