The defending champion Los Angeles Lakers come into the 2020-21 NBA season as the favorite to secure back-to-back Pacific division titles at -143 odds, according to the most recent update by DraftKings.

Last season, LeBron James and the Lakers secured the Pacific division title, ending a five-year reign by the Golden State Warriors. LeBron guided the Lakers to their first division crown since the 2011-12 season, when Kobe Bryant was still the big dog (ho hum, Big Mamba) in Tinsel Town. Between 2008 and 2012, the Lakers won five-straight Pacific titles.

The LA Lakers are the consensus favorites to win another NBA title and are +275 odds to win the 2021 NBA championship, according to the Westgate SuperBook in Las Vegas.

The Clippers are +600 odds to win the NBA title. The Phoenix Suns saw their title odds jump to 30/1 after they acquired Chris Paul in a trade with the Oklahoma City Thunder.

In case you’re wondering, the Golden State Warriors are long shots at 80/1 odds to win the title without Klay Thompson.

The Lakers won an NBA title with a thin bench thanks to the dynamic duo of LeBron and Anthony Davis. In the offseason, they added Dennis Schroder and Montrezl Harrell. Both players were in contention for Sixth Man of the Year, which Harrell ended up winning. Trez will come off the bench, but Schroder expects to start in place of Danny Green.

The Clippers were the preseason favorites to win the Pacific last year. The arrival of Paul George and Kawhi Leonard whipped SoCal hoops fans into a frenzy. But even with Kawhi and PG-13, the Clippers were upset by the Denver Nuggets in the Western Conference Semifinals.

Since then, head coach Doc Rivers skipped town. Rivers is now the head coach of the Philadelphia 76ers. Assistant coach Ty Lue took over as the Clippers new head coach, but the team lost Trez when their top bench player signed with the Lakers.

During the 2012-13 and 2013-14 seasons, the Clippers won back-to-back Pacific titles. They’ve been the runners up in the Pacific in the last six seasons.

Even with the loss of Harrell, the Clippers still look good on paper, even if they have too many festering internal issues. If Kawhi drops the Hollywood A-lister mentality and PG-13 returns to his old form, the Clippers could be legit contenders. The Clippers offer value at +120 odds to win the Pacific and end their string of second-place finishes.

After five straight Pacific crowns, the Warriors finished in last place last season with a 15-50 record. The team struggled with both of the Splash Brothers out with injuries. Plus, they lost Kevin Durant in free agency when he signed with the Brooklyn Nets.

The Warriors selected big-man James Wiseman in the 2020 NBA Draft, but they will begin the season without Klay Thompson. The other Splash Brother blew out his Achilles while rehabbing an ACL injury. It’s a huge blow, considering the Warriors were ready to contend for the division title once again.

The Phoenix Suns were the hottest team in the NBA Bubble with a perfect 8-0 record (thanks to their good luck charm, Kendall Jenner). However, they missed out on a playoff berth with a 34-39 record. The Suns finished last season in third place in the Pacific behind the LA teams.

This season, there’s a lot to be psyched about if you’re a diehard fan of the Suns. The Devin Booker and Chris Paul backcourt combo will make the Suns must-see TV this upcoming season. They lack the depth required to win a title, but if the Lakers are suffering from a championship hangover, the Suns could sneak in the back door. At +2500 odds, the Suns are a solid long shot pick to win the Pacific.

The Sacramento Kings were fun to watch last season, but you probably never saw them as the primary draw on a TNT or ESPN doubleheader. Rather, the Kings were always fodder for a more popular opponent like the Lakers or Clippers. The Kings have plenty of young players to keep tabs on, including Buddy Hield, De’Aaron Fox, and Marvin Bagley III.

For the better part of the last decade, the Kings have been mentioned in numerous relocation rumors, including Anaheim, Seattle, Las Vegas, Vancouver, and El Paso. After the Warriors departed Oakland for a new arena in downtown San Francisco, there were whispers that the Kings could relocate from Sacramento to Oakland.

The franchise doesn’t aggressively pursue high-end free agents, which is why they’ll continue to be the doormat of the Pacific Division. If you’re itching for a long shot, you probably want to avoid the Kings at +10000 odds to win the Pacific. 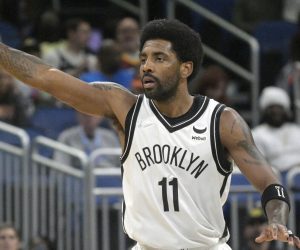