Though Chase Elliott and Joey Logano talked after last Sunday’s crash at the Supermarket Heroes 500 NASCAR Cup Series race at Bristol Motor Speedway, the incident may not have been resolved. Logano told reporters he still has an issue with Elliott.

There were five laps remaining and Elliott and Logano were jockeying for the lead when Elliott made contact with Logano, forcing the two of them into the wall. That allowed Brad Keselowski to win the race and post his second victory in three contests.

After the race, Elliott and Logano met in the infield to discuss the contact. The two talked animatedly for several minutes. Elliott thought the issue with Logano was resolved.

Chase Elliott and Joey Logano crash racing for the lead, and Brad @Keselowski sneaks by to WIN at @BMSUpdates! #NASCAR pic.twitter.com/72G7O9BLDm

“Just going for the win,” Elliott said. “Trying to get a run underneath him and got really loose in, and I don’t know if I had a tire going down or just got loose on entry. As soon as I turned off the wall I had zero chance in making it, so I’ll certainly take the blame.”

Elliott’s explanation didn’t seem to satisfy Logano who told Fox Sports after the race he still has an issue with Elliott.

“He wrecked me,” Logano said. “He got loose underneath me. The part that’s frustrating is that afterward a simple apology, like be a man and come up to someone and say, ‘Hey, my bad.’ But I had to force an apology, which, to me, is childish.”

After the two left the track, Logano wasn’t through with Elliott. He put on Instagram that Elliott told him, “you’ve done it before.”

Jimmie Johnson is trying to earn at least one more victory in his final full-time season as a NASCAR driver, and has been hovering near the checkered flag since racing resumed. Johnson has four top-10 finishes this season, including a third place at last Sunday’s Supermarket Heroes 500 at Bristol. Last season Johnson had nine finishes in the top 10. He hasn’t won a race since June 4, 2017, at Dover.

That hasn’t dampened his belief that he’ll return to the winner’s circle before he hangs it up in December.

“We’re excited,” Johnson said. “I felt like when the lockdown and quarantine started, we had momentum on our side. I was really bummed that we couldn’t see that through. Then to sit on ice for eight, nine weeks, whatever it ended up being, then come back and really actually be stronger than we were before the lockdown happened is really a testament to everybody.”

The Big Machine Vodka 400 at Indianapolis Motor Speedway will take place the following Sunday. That will be followed by the Quaker State 400 at Kansas Speedway on Sunday, July 12. The O’Reilly Auto Parts 500 at Texas Motor Speedway gets its previously suspended race back, moving from March 29 to July 19. 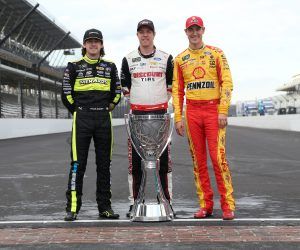 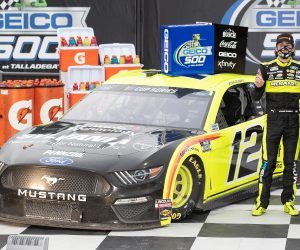 One Bet, $100: Truex Jr. has Edge Over Harvick at Las Vegas Motor Speedway