With less than a month of data in the books, betting receipts show that Michigan’s online poker tables are some of the most packed in the country.

PokerStars launched in the state on Jan. 29 as Michigan became the the fifth state to offer online poker options to bettors, joining Nevada, New Jersey, Pennsylvania, and Delaware. as Early indications  show the state has already eclipsed its counterparts.

According to PokerScout, which monitors online poker traffic worldwide, PokerStars MI, the state’s only online poker site to date, already ranks in the top 15 globally, with a seven-day average of 500 players.

Overall, internet casino and sports betting operators in the state reported $42.7 million in gross receipts for the 10-day period from Jan. 22 through Jan. 31, with online gaming gross receipts nearing $30 million, according to the Michigan Gaming Commission Board.

“Internet gaming operators are off to a good start in Michigan,” MGCB executive director Richard S. Kalm said in a press release. “The taxes and payments from online gaming will provide funding for K-12 students, the city of Detroit and Michigan tribal communities.”

Those numbers include all online gambling forms — including casino gaming and sports betting. The Stars Group, owner of PokerStars and PokerStars Casino, partnered with the Little Traverse Bay Bands of Odawa Indians Gaming Authority last year to offer online betting and gaming market access in Michigan. The agreement gave The Stars Group first skin market access to operate and brand real-money online betting, poker and casino in Michigan, according to a press release.

“The Tribe’s partnership with The Stars Group extends beyond our reservation and places the thrill of world class sports betting and online gaming under every finger-tip sliding across a touch screen in the State of Michigan,” Fred Harrington Jr., Tribal Council, LTBB Odawa, said when the partnership was announced.

With just a few days at the end of the month when online poker became live, Little Traverse Bay Bands of Odawa Indians made nearly $2 million in gross receipts, putting it fourth behind MGM Grand Detroit, MotorCity Casino and the Bay Mills Indian Community, all three of which began operating on Jan. 22.

To date, PokerStars MI has quickly become one of the biggest online poker sites in the country. Among the five states to offer online poker, Michigan’s population is the second largest, but it may be a lack of competition that has allowed PokerStars to be so successful in the state out the gate.

In New Jersey, for example, PokerStars NJ currently has a  seven-day average of 110 players, while competitors WSOP.com averages 240 players, and Partypoker NJ averages 95.

The New Jersey Division of Gaming Enforcement reports that total gaming revenue for January was $346.4 million, with internet gaming responsible for $103.8 million.

The inaugural Michigan Championship of Online Poker series of tournaments started on Saturday, featuring 60 events through March 8 with guaranteed prize pools of more than  $1 million.

But with other operators like Partypoker and the World Series of Poker, owned by Caesars Entertainment, eager to join the market, don’t expect PokerStars Michigan’s reign to last forever. 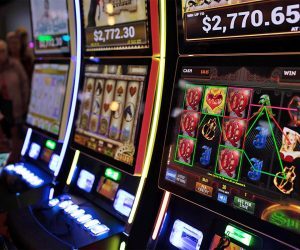 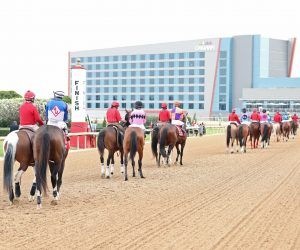