Bayern won the return leg at Parc des Princes (1-0), but failed to advance past the Champions League quarterfinals against Paris Saint Germain on away goals. Last week, PSG beat Bayern 3-2 in Munich.

Alongside expected Premier League champions-to-be, Manchester City, Bayern is the big favorite for a triumph this year. PSG stood in their way. The French powerhouse took revenge (after losing the final last year in Lisbon) and will now face the winner between Man City and Dortmund in the semifinals.

City won the first leg 2-1 in Manchester in a game marked by controversy over poor refereeing.

Neymar hit the post twice and won ‘Man of the Match’

Kylian Mbappe didn’t steal the show as he did last week when he scored twice in Munich. Meanwhile, Brazilian superstar Neymar hit the post twice and missed a few big chances on Tuesday evening in Paris. Neither team scored until Bayern’s Eric Choupo-Moting made it 1-0 after 40 minutes of play. The second half was full of drama, as attacks kept flying in both halves of the pitch.

In Munich, Bayern sent a breathtaking 31 shots at Keylor Navas’ net, opposed to PSG’s six shots on goal. The Bavarian giants finalized 14 attacks, scoring just once. PSG had a total of 10 shots, with six coming from Neymar. Bayern also dominated possession, 55.4% to 44.6%. Still out with a knee injury, Polish goal-scoring machine Robert Lewandowski missed out on both games. Even though Choupo-Moting scored in each of the two legs, Lewandowski would have been a bigger threat for PSG’s dream of a second consecutive Champions League final. In Germany, Lewandowski’s absence is regarded as the main reason for Bayern going out.

Neymar accused of celebrating in front of Bayern’s Kimmich

Once the game finished, PSG’s players started hugging and chanting on the pitch. Neymar was accused of going over the edge with his celebration right in front of Bayern midfield maestro Kimmich. The Brazilian denied the accusations, saying it was just “fate that made him stand there”.

“It wasn’t even a celebration to provoke him,” Neymar explained. “I enjoyed the win, I was there with Paredes. It was fate that made him [Kimmich] stand there. Before the game, he said Bayern were better and that they were going to qualify. They were sure they were going to the semifinals.”

The Brazilian then pulled the guns out. “You can have the ball for as long as you wish. You can sing for a woman all night long, but if a guy comes and takes her from you in five minutes, you lose her.”

Midfielder Angel Di Maria said PSG beat “the best team of last season,” while manager Pochettino also referred to Bayern’s greatness. “It’s normal that Bayern’s players have confidence. They won everything. Football is such a beautiful sport. You must fight and never give up. We have quality too,” PSG’s boss argued.

Bayern manager Flick on his way out, Germany wants him to succeed Low

A very emotional Hansi Flick spoke about his future following Bayern’s exit from the Champions League.

Asked if he thought about joining the Germany national team in the summer after Joachim Low’s contract runs out, Flick said he needs to “evaluate where things stand.”

“I’m always thinking what’s next. Success is an ongoing process,” Flick told Sky in Germany. “You have to evaluate everything, face new challenges, or think about how to approach your next step. I have my ideas about all of this. My family will always be completely behind me, no matter what decision I make.”

Speaking to Sky, Bayern and Germany legend Lothar Matthaus didn’t leave too much room for doubt. “I am convinced Hansi will no longer be a Bayern coach after this season,” Matthaus said. “Bayern has already spoken to Nagelsmann [RB Leipzig coach]. Financial aspects were also taken into account. I am sure Flick spoke to the German FA, nobody can tell me they haven’t done it. Hansi is at the top of the list for the DFB [German Football Association],” Matthaus said.

Flick (56) was appointed Bayern manager in November 2019, 14 years after his previous managerial experience. Flick was supposed to act out as caretaker after Croatian manager Niko Kovac was sacked, but his results were so impressive that he was kept on, and ended up signing a contract until 2023. With Flick as their manager, Bayern won the Champions League, the Club World Cup, the European Supercup, and all three trophies available at the national level in 2020: the league, the Cup, and the Supercup.

The 33-year-old Julian Nagelsmann is the favorite to replace Flick at Bayern. He coached Hoffenheim (2016-2019) and Leipzig (since 2019) with great success, and is regarded as an innovator and a man of the future.

Flick is at -300 to become Germany’s next head coach, putting him far ahead of other candidates. Former Schalke and RB Leipzig manager Ralf Ragnick is at +600, while current Liverpool boss Jurgen Klopp stands at +1700. 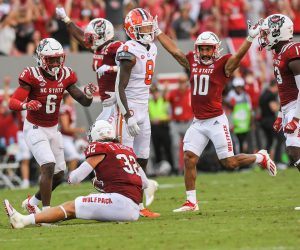 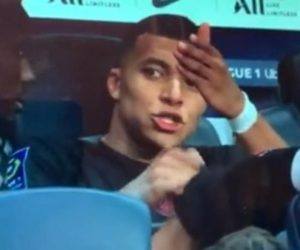