This juicy news story broke a few hours before the start of the 2021 NFL Draft. If teams want to ditch their draft plans and grab Rodgers, here’s their chance.

However, it seems more likely that the Packers will trade Rodgers over the weekend. The team suggested they have zero interest in trading the future Hall of Famer.

Rodgers recently made headlines due to his engagement to actress Shailene Woodley. He also garnered attention as a guest host of Jeopardy! after Alex Trebek passed away in November 2020. Now, the impending divorce of Rodgers and Green Bay is overshadowing the NFL Draft, which begins in a couple of hours.

Packers Not Calling the Bluff?

Employees get unhappy with their employers from time to time. Quarterbacks always second guess their coaches. The Packers have to determine if Rodgers is truly pissed off and wants out of Green Bay, or if some of his comments were taken out of context and blown up by social media. Regardless, the Packers are committed to Rodgers as their quarterback, even though they drafted Jordan Love last year. The addition of Love chaffed Rodgers and he’s still salty about the decision.

“As we’ve stated since the season ended, we are committed to Aaron in 2021 and beyond,” general manager Brian Gutekunst said in an interview with ESPN. “Aaron has been a vital part of our success and we look forward to competing for another championship with him leading our team.”

Rodgers, 37, is under contract through the end of the 2023 season, but he has a potential out in 2022. If the Packers trade him now, they’ll be able to get something in return versus Rodgers opting out in 2022. The team also made no effort to give him a contract extension.

Rodgers won his third-career MVP award this season where he looked like a quarterback a decade younger while leading the Packers to a 13-3 record. He topped the NFL with 48 touchdowns, which also set a new career-high.

Mike Florio from Pro Football Talk reported that Rodgers has a wish list with three teams. If Green Bay grants him a trade, he’d like to join the San Francisco 49ers, Denver Broncos, or Las Vegas Raiders.

The 49ers recently leveraged their future to move up in the draft and acquire the third overall pick. They gave up a pair of future first-round picks and one third-round pick in a swap with the Miami Dolphins. The 49ers hinted that they’ll draft either Mac Jones (Alabama) or Trey Lance (North Dakota State). At some point, the 49ers offered to trade the third pick along with a package of other players and picks in exchange for Rodgers. The Packers turned down the trade offer, much to Rodgers’ dismay.

The Broncos grabbed Teddy Bridgewater in a trade from the Carolina Panthers. They have Bridgewater and Drew Lock, but still aren’t fully satisfied at quarterback. The Broncos were one of the co-favorites to land Ohio State QB Justin Fields, who saw his draft stock fall over the weekend. John Elway would love Rodgers to join the Broncos; he’s been waiting for a top-end free agent to join the Broncos ever since Peyton Manning retired.

The Raiders are the most interesting team. Despite numerous trade rumors involving quarterback Derek Carr and backup QB Marcus Mariota, the Raiders have been unusually quiet in the lead-up to the NFL Draft. The Raiders re-signed Mariota to backup duties despite trade rumors to the Chicago Bears.

No Pats, No Jets

Speaking of the Patriots, those fellas in New England aren’t among the teams mentioned in Florio’s report. Apparently, Rodgers has no desire to play quarterback under Bill Belichick. So, it looks like you won’t be seeing Rodgers suit up for the Patriots any time soon. For now, the Patriots have Cam Newton under contract for one more season. In the meantime, the Patriots were mentioned in the latest batch of NFL Draft rumors. The Pats and Atlanta Falcons discussed a potential trade for the #4 pick because Belichick wants to grab a quarterback before the top five are gobbled up.

The New York Jets weren’t mentioned as a potential trade partner for Rodgers either. The LOL Jets seem like a team that would gamble all of their picks for an aging gunslinger on the back nine of his career. For now, the Jets are looking to rebuild around the second-overall pick in the 2021 NFL Draft. 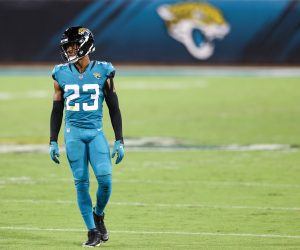