Home
Sports Betting
Olympics
Doping Ban: How Russia’s Athletes Will (and Won’t) Be Impacted at 2020 Olympics

The decision by the World Anti-Doping Agency (WADA) to ban Russia from major international competitions for the next four years, including the Olympics, has sent shock waves through the sporting world. But the biggest losers of the Russian doping ban could be the clean athletes who stand to pay a price for the schemes perpetrated by their dirty teammates and Russian officials.

The four-year ban will prevent the Russian national anthem and flag from appearing at international competition, and will also stop Russian officials and representatives from participating in these events. The country will also be barred from hosting major international sporting events.

There are mechanisms for clean athletes from Russia to participate in international competition. Those athletes will have to compete under neutral banners, and will have to meet a variety of conditions, including proving that they have not tested positive for any banned substances, that they have been tested under normal, routine conditions, and that they had not benefited from any fraudulent acts committed by Russian officials.

While that provides a path for clean athletes to pursue their Olympic dreams, there will certainly be cases where individuals who have done nothing wrong are unable to prove their innocence, which could cause them to lose out on significant opportunities and potential compensation.

Like many countries, Russia awards medal bonuses to athletes who reach the podium at the Summer and Winter Olympics. In 2016, Russia gave gold medal winners approximately $61,000 each, according to moneyunder30.com, with smaller awards for silver and bronze medal winners. Given the historic success of Russian athletes, that adds up to a lot of money that could be lost by competitors if they are not allowed to compete at the 2020 Summer Olympics in Tokyo – or if Russian officials aren’t able to pay out those awards. 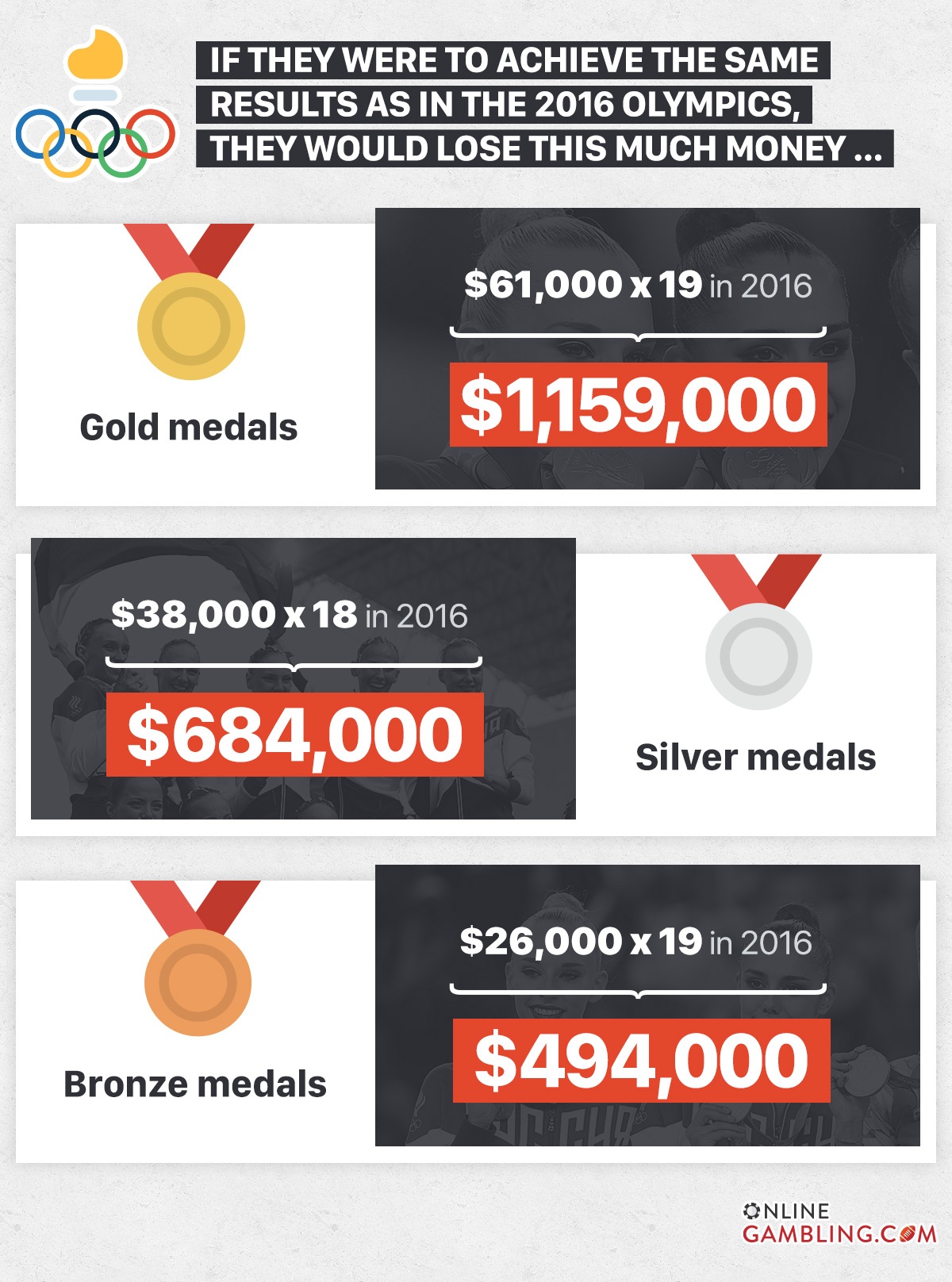 For those who can’t compete, the loss of training time could be even more significant. All athletes spend years honing their skills and perfecting their physical condition. Some of the sports in which Russia is most competitive at the Summer Games are especially time intensive, with rhythmic gymnasts devoting as much as 8,000 hours of their lives to training in a four-year Olympic cycle. 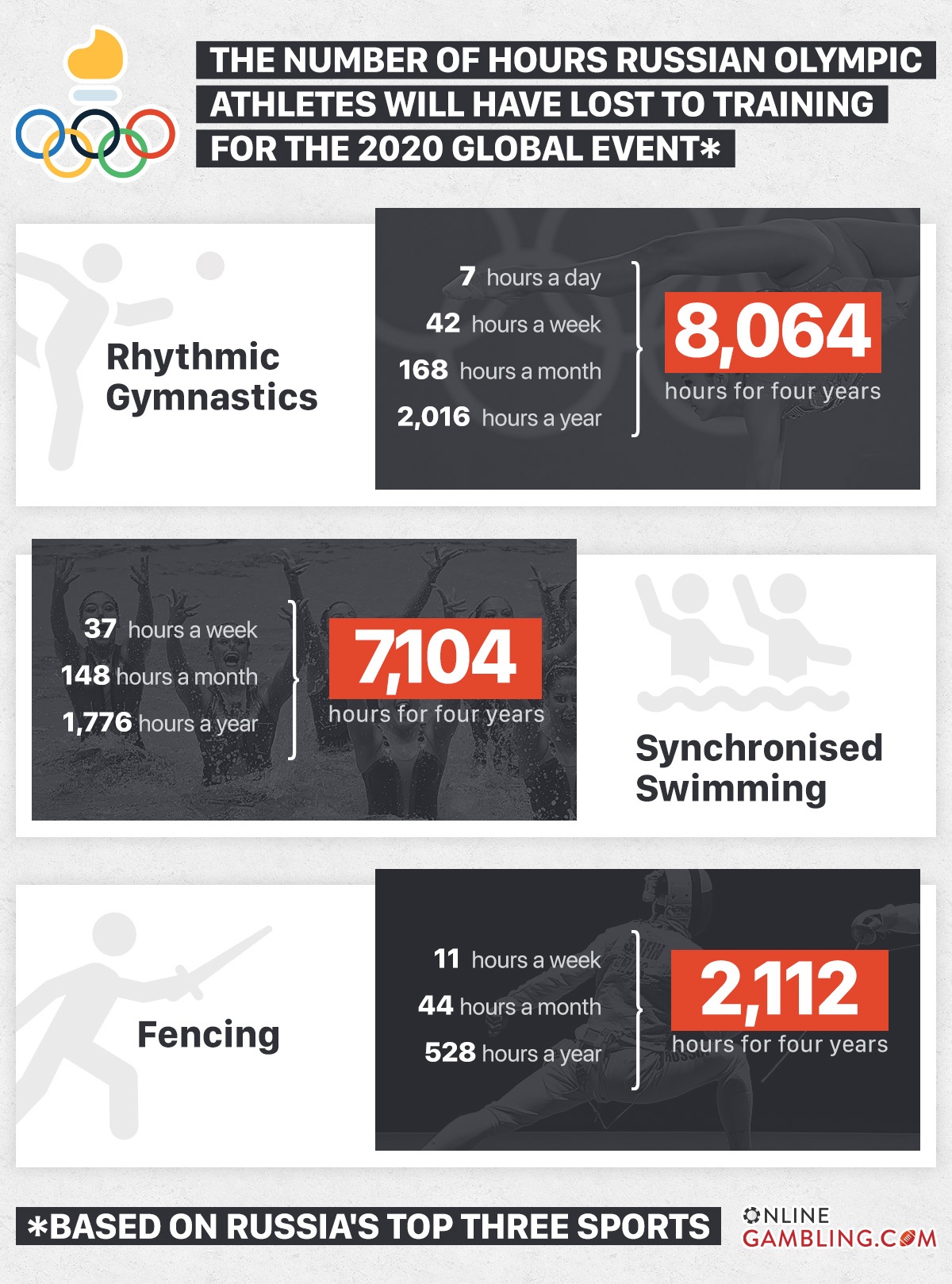 Many Clean Athletes Will Remain Eligible

Many athletes will still be able to compete under banners like the Olympic Athletes from Russia (OAR) designation they received at the 2018 Pyeongchang Winter Games, and the number of individuals who are eligible should only increase as time passes and Russia distances itself from the doping scandal. Some international officials are upset that so many Russian athletes will be able to participate in global events, despite the so-called doping ban.

“To allow Russia to escape a complete ban is yet another devastating blow to clean athletes, the integrity of sport, and the rule of law,” United States Anti-Doping Agency chief executive Travis Tygart told reporters.

Even the institutional penalties are likely to be challenged. Russia has 21 days to file an appearance with the Court of Arbitration for Sport, and Russian President Vladimir Putin has said that while there were clearly issues with the country’s anti-doping program, he believes the collective punishment against the country’s sports infrastructure has gone too far.

“The main thing, in my opinion, and it seems to me that everyone agrees with it, is that any punishment – since the times of Roman law – should be individual and based on what that individual did,” Putin told the TASS news agency. “Punishment cannot be collective and affect those people who have nothing to do with certain violations.”

It is also worth noting that the Russian doping ban only applies to global competitions, and won’t necessarily impact the country on a regional level. That means Russia will still be allowed to compete at soccer’s European Championship next year, as the competition is run by UEFA – the European governing body – rather than FIFA.