Tottenham Hotspur leads the Premier League on goal differential over Liverpool, climbing back to the top of English soccer under the leadership of Jose Mourinho. But Spurs will face its toughest test of the season yet on Wednesday when it travels to Anfield for a head-to-head clash with Liverpool that could help set the tone for the title chase.

Liverpool enters the match as a strong -130 home favorite over Tottenham (+325), according to PointsBet.

Mourinho Lifts Tottenham Back to Contention

Both Tottenham and Liverpool have collected 25 points from their first 12 matches, putting the two clubs a point ahead of Leicester City atop the EPL table. While Liverpool expected to be at the top again after winning the 2019-20 Premier League, Tottenham has surprised many pundits after it fell to sixth place last year.

Much of the credit goes to Mourinho. The manager took over for Mauricio Pochettino just over a year ago, and nearly a year after Manchester United unceremoniously fired him.

“He has turned Spurs into a results machine,” Liverpool manager Jurgen Klopp told reporters. “That’s how it is. They got results with good performances and if they are not on their top form, they win and defend collectively. All this kind of stuff, so they are very impressive.”

Mourinho deflected those compliments, saying it’s far too soon to talk about a Tottenham turnaround.

Klopp has bemoaned Liverpool’s injury woes, a problem he predicted as he lobbied – unsuccessfully – for the introduction of the optional five substitute rule for the Premier League season. Mourinho noted, however, Liverpool can still count on most of its star players on Wednesday.

Harry Kane and Son Heung-Min have led a potent Spurs attack this season, scoring 12 goals so far as a partnership. But, Klopp insists Liverpool must do more than shut down the Tottenham strikers to win on Wednesday.

“Unfortunately, if we keep them quiet, they still have many really good players,” he said. “They are now a proper team, with good players in a lot of areas all over the pitch.”

The Liverpool vs. Tottenham match is part of a busy Premier League midweek slate. The EPL held two matches on Tuesday – including Wolves beating Chelsea 2-1 – with six more on Wednesday and two on Thursday. 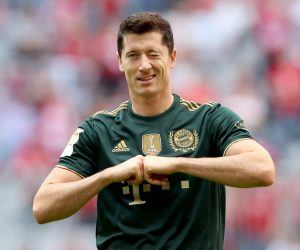 Bayern Put Seven Past Bochum, as Lewandowski Scores for a Record 13th Bundesliga Home Game in a Row 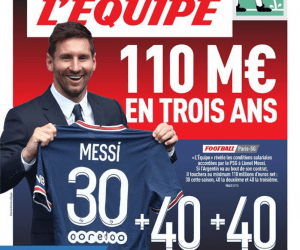