Tyson Fury dominated Deontay Wilder over seven rounds before Wilder’s corner threw in the towel on Saturday night, earning Fury the WBC heavyweight championship to go along with his status as the lineal titleholder in the division.

Fury surprised many by taking an aggressive approach, punishing Wilder from the opening bell and knocking the American down twice on the way to victory.

While Fury was initially a slim favorite when betting opened, Wilder had taken that status by the week of the fight, with PointsBet listing him as a -125 pick over Fury (+105) on Saturday afternoon. PointsBet also noted that almost all of the betting was on Wilder, who attracted 74% of all bets and 88% of the handle at the sportsbook.

The result once again shook up the heavyweight division, leaving Fury with the most impressive resume, but only one major title. There’s plenty of debate over where everyone stands in the division, but here are my picks for the top 10 heavyweights in the world today.

After a one-sided dismantling of Wilder, there’s no doubt that Fury stands atop the heavyweight division. Fury appears to have several advantages over his biggest rivals: he’s bigger, faster, more technically skilled, and has a higher boxing IQ than any other heavyweight contender. That doesn’t mean he can’t lose, but if he’s not vulnerable to a big puncher like Wilder, it’s hard to see an obvious game plan for beating him at the moment.

Joshua holds most of the major world titles and has the best overall resume of any fighter in the division. The only thing holding him back from the top spot is one bad night against Andy Ruiz last summer. Whether that’s a blip on the radar or a sign of vulnerability is yet to be seen. What we do know is that a potential title unification fight between Joshua and Fury could be the biggest fight in UK boxing history.

Despite being thoroughly outclassed on Saturday, Wilder still remains near the top of the division. It’s possible that, like Joshua, he’ll be able to recover and rebound. He has the option to take a third fight with Fury, based on the terms of their agreement for the rematch, but he has things to prove before he does. Specifically, Wilder has to prove that he can contend with elite fighters who not only are superior boxers, but aren’t likely to fall victim to the overwhelming one-punch power that has saved Wilder in several fights that he was losing on the cards.

Usyk remains the wild card in the heavyweight division, having been a dominant force at cruiserweight. He won his first heavyweight bout over Chazz Witherspoon in October, and will likely take on a couple more mid-level opponents before challenging anyone on this list – but it’s hard to see him not getting a title fight sometime in the next couple years.

It’s easy to overlook Whyte, as he hasn’t been in the title picture since his loss to Joshua back in 2015. But that remains his only loss, and it stands to reason that he’ll get another shot at a title sometime in the future, likely as a mandatory defense or simply as a worthy opponent for either Joshua or Fury, since a bout with either would do huge business in the UK. 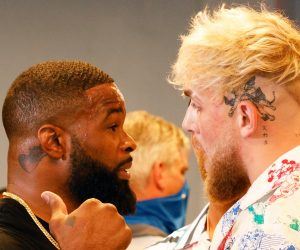 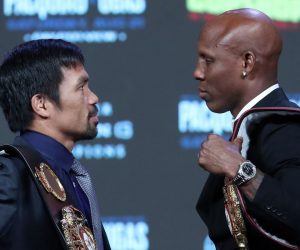