The presidents and chancellors of all 14 Big Ten schools unanimously voted to start a shortened fall football season during the fourth weekend of October.

Each school could play an eight-game regular season, beginning on the weekend of Oct. 23-24.

The vote comes a little over a month after an Aug. 11 vote in which the Big Ten presidents and chancellors voted 11-3 to postpone the football season. At the time, only Iowa, Nebraska, and Ohio State voted in favor of playing. At least 60% of schools – a minimum of nine – needed to agree to play to start the season.

The Big Ten plans to have its member schools play eight games over the course of eight weeks. The conference schedule concludes with a Dec. 19 championship game. That comes just in time for the Dec. 20 College Football Playoff selection, meaning Big Ten schools could potentially play for a championship.

The conference’s return-to-play plan relies heavily on a daily rapid testing program, which begins on Sept. 30. Any player who tests positive for COVID-19 and confirms that result through a polymerase chain reaction (PCR) test must sit out from competition for at least 21 days. Returning players will undergo “comprehensive cardiac testing” by a cardiologist, a protocol included due to concerns over myocarditis, an inflammation of the heart muscle that has emerged as a common side effect of COVID-19.

Schools will also track case positivity rates both on teams, and throughout their campus communities. If a team’s rate exceeds 5%, or the population’s positivity rate rises above 7.5%, a team will cancel practices and competitions for at least seven days.

“Everyone associated with the Big Ten should be very proud of the groundbreaking steps that are now being taken to better protect the health and safety of the student-athletes and surrounding communities,” said Ohio State team physician and return to competition task force medical subcommittee co-chair Dr. Jim Borchers. “The data we are going to collect from testing and the cardiac registry will provide major contributions for all 14 Big Ten institutions as they study COVID-19 and attempt to mitigate the spread of the disease among wider communities.”

Pac-12 Only Power Five Conference Still Out for Fall

The Big Ten saw significant backlash after initially deciding to postpone its football season, with players, coaches, parents, and politicians criticizing the move. That included President Donald Trump, who took to Twitter to praise the decision to restart the season.

Great News: BIG TEN FOOTBALL IS BACK. All teams to participate. Thank you to the players, coaches, parents, and all school representatives. Have a FANTASTIC SEASON! It is my great honor to have helped!!!

Six Big Ten teams appeared in the first AP preseason poll before voters removed them when the conference appeared to have canceled its fall season. Ohio State came in at No. 2 in the preseason rankings and rated among the favorites to win a national championship alongside Clemson. Sportsbooks have yet to add Big Ten teams back to their boards as the conference has yet to announce a schedule for the shortened season.

@gavinnewsom We have sat by for two weeks watching teams across the country play the game we love safely. Most schools have a fraction of the resources that our school and conference have provided to play safely. You are the only thing holding us back. Please #LetUsPlay . pic.twitter.com/au4JZ5PNbz

The Big Ten joins the ACC, Big 12, SEC, AAC, Conference USA, and Sun Belt in playing fall football. Notably, the Pac-12 is sitting out the fall season, though USC players recently released a letter asking California Gov. Gavin Newsom to ease COVID-19 restrictions, which could help the conference resume play before the end of the year. 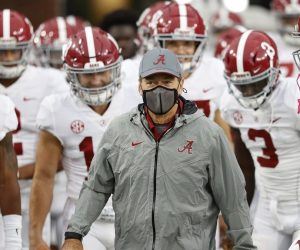 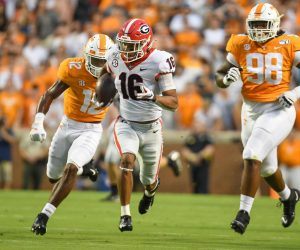 One Bet, $100: Tennessee will Bounce Back Against Kentucky 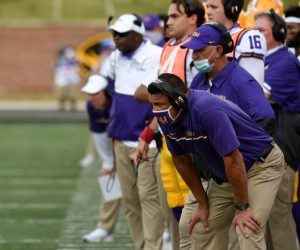 LSU Joins Oklahoma in Falling Out of AP Top 25 Poll