ESPN aired “Be Water,” a new 30 for 30 documentary film directed by Bao Nguyen about the life and impact of Bruce Lee.

More than 45 years after his death, Lee remains one of the most popular action stars in the world, even though he had a very limited career after an unexpected death at age 34.

Lee is a well-known martial artist, film star, teacher, and philosopher. By the end of “Be Water,” you get the feeling that all of those aspects are entwined together.

Directly or indirectly, Lee’s influence can be seen directly in modern cinema and music. There’s no “Karate Kid” franchise, “Matrix” trilogy, or Wu-Tang Clan without Lee.

In a slight departure from the norm of sports stories like “The Last Dance,” ESPN gave their audience a glimpse into the world of martial arts and one of the most popular Chinese-Americans by chronicling Lee’s short but impactful life.

Li Xiao Long, aka Bruce Lee, was born in San Francisco in 1940. His parents were from Hong Kong. His father’s opera troupe had gone on tour in America to help raise money for the upcoming war effort against Japan. While performing in San Francisco, Lee’s mother went into labor. According to the Chinese zodiac, Lee was born during the Year of the Dragon. He was also born at the Time of the Dragon (between 7 am and 9 am), making him a double dragon.

Lee became a well-known child actor in Hong Kong. His father preferred that Bruce did not follow in his footsteps in the theatrical arts, but the highly-energetic and charismatic young Lee was a natural in front of the camera.

Lee’s new-found celebrity status made him a target of local kids. After losing a fight, Lee decided to train in Wing Chung with Yip Man. In the late 1950s, rival schools would fight each other on rooftops, and Lee quickly mastered Wing Chung. In high school, Lee joined the boxing team.

As the legend goes, Lee beat up the son of a triad (Chinese mafia) member in a street fight. His parents decided to send Lee to America to live with relatives while he went to college.

Lee worked in his aunt’s restaurant as a waiter at Ruby Chow in Seattle. He attended the University of Washington, where he established his own martial arts school in a garage in the U District. He taught Wing Chung to his American classmates, including white, black, and Latino friends. Many purists in the martial arts world frowned upon Lee for teaching their fighting techniques to non-Chinese students. But Lee wanted to bridge the gap between the east and west while teaching Chinese culture and philosophy.

Lee eventually dropped out of UW and moved to Oakland, California. Along with James Yimm Lee, he established the Jun Fan martial arts studio. Once again, the purists were incredulous with Lee’s insistence to teach Americans and westerners their scared martial arts.

A student Shaolin master, Ma Kin Fung, challenged Lee to a fight. If Lee lost, he would have to shut down the school. Lee won a swift fight (three minutes) according to his wife, Linda, and friends. His opponent claimed the combat lasted 20-plus minutes and ended in a draw after both fighters were gassed. Lee’s school remained open and he continued to teach anyone who wanted to learn.

During his time at UW, Lee met Linda Emery, who was one of his first students. They started dating and eventually married before having two children together.

During a martial arts competition in Santa Monica in 1964, Lee caught the eye of Hollywood. They invited him to a screen test without realizing that Lee had already spent his childhood as an actor in various Hong Kong films.

Warner Brothers cast Lee to appear in “The Green Hornet” as the sidekick, Kato. Lee had very few lines at the onset, but insisted on more dialogue and an expanded role. As a minority in Hollywood, he earned peanuts compared to his white co-stars, but it was the first time that a Chinese-American had been portrayed in a positive light on screen, instead of as a racist caricature or maniacal bad guy.

Lee appeared on the super-popular “Batman” series, during crossover episodes with the Green Hornet.

In 1967, 20th Century Fox pulled the plug on “The Green Hornet” after 26 episodes. Lee stuck around Hollywood for a few years and developed a friendship with Steve McQueen. McQueen, along with Kareem Abdul-Jabbar, became two of Lee’s private students.

Lee appeared in guest spots in various TV shows in the late 1960s. He also developed “The Warrior,” an original idea about a Shaolin priest and martial arts expert. Warner Brothers decided to not cast him due to his accent, and didn’t give him any credit for the idea. They also changed the name of the show to “Kung Fu” and hired David Carradine to play the lead role, even though Carradine was white and was not a martial artist.

Lee established the Jun Fan Gung Fu school. He modified his teachings to incorporate street fighting to emphasize speed and efficiency, while being realistic about how fights actually go down in the heat of the moment. Lee called his new technique Jeet Kune Do.

Lee believed that the best fighting style was to have “no style” at all. In order to defeat an opponent, he believed, you have to stay in the moment and go with the flow of the fight instead of adhering to a specific style. Styles are limitations according to Lee, so adopting a non-style approach gave his students unlimited potential.

Around the same time, Lee embraced water as a perfect metaphor for both life and fighting.

Even though “The Green Hornet” was canceled after one season, the role of Kato made Lee a huge star in Hong Kong. He didn’t realize the full impact of his popularity in Asia until he visited family with his son in 1970. For most of his life, Lee got lumped in as “Mid-Pacific,” a not-so-friendly term for a Chinese-American trying to determine if he’s Hong Kong Chinese or Chinese-American.

In a now-famous interview segment, Lee simply stated, “I see myself as a human being.” Those words echo profoundly 50 years later in today’s racially charged environment in the United States.

In 1971, Lee returned to Hong Kong in an effort to prove to Hollywood he could be a leading man. Lee teamed up with Raymond Chow (producer) and Lo Wei (director) to collaborate on his first starring role.

“The Big Boss” appeared in Hong Kong theaters in October 1971. Lee’s gamble paid off and the film became a huge success in Asia. Chow produced the film for $100,000 and it raked in more than $50 million at the international box office.

Chow and Lee followed up with “Fist of Fury,” which hit theaters in early 1972. For only a $100,000 budget, the film that takes place during the era of Japanese colonialism, grossed more than $100 million.

Lee and Chow signed a deal with Warner Brothers that would become the first Hong Kong/American joint production. “Enter the Dragon” had a budget worth $850,000. It grossed $90 million that year in the US, and grossed a total of $350 million globally.

Lee died in August 1973 at the age of 34. His death was a huge shock because Lee appeared to be in peak physical condition. While visiting Taiwanese actress, Betty Ting Pei, Lee died of cerebral edema after he took a painkiller (Equagesic).

He previously had seizures and had his sweat glands removed to reduce sweat while filming. The most recent take on his death, according to his biographer (Matthew Polly), suggests he died of a heat stroke. Lee officially died of “death from misadventure” according to the coroner in Hong Kong.

There are no shortage of conspiracy theories surrounding Lee’s death, including reports he was poisoned by the triad or by greedy business partners.

Lee’s son, Brandon, followed in the family footsteps. Like his grandfather and father, Brandon studied acting and wanted to pursue that as a profession. While filming “The Crow” in 1993, Brandon died during an on-set accident when he was shot in the stomach with a defective prop gun.

There are also many superstitious Lee family members who believed both Bruce and Brandon had been cursed with the so-called dragon curse. The biopic, approved by Lee’s widow, addresses the curse in a dream sequence. 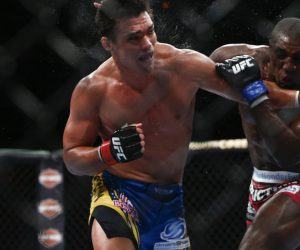