And then there were four. The conference championship games are set with the Kansas City Chiefs hosting the Buffalo Bills in the AFC title game, while the Green Bay Packers host the Tampa Bay Bucs in the NFC title game. The defending champion Kansas City Chiefs are +200 odds favorites to win Super Bowl 55, according to a recent update by the Westgate SuperBook in Las Vegas.

The Kansas City Chiefs will host the AFC championship for the third season in a row. They lost to the New England Patriots two seasons ago. Last season, the Chiefs knocked off the red-hot Tennessee Titans to secure a berth in Super Bowl 54.

The Bills Mafia heads west to Kansas City for a showdown against the defending champions. This appearance marks the first time that Buffalo returned to the AFC Championship since the 1993 season when they completed a string of four-straight AFC titles.

Tom Brady guided the Tampa Bay Bucs to the NFC Championship game after they picked off Drew Brees and the New Orleans Saints. The Bucs lost to the Saints both times the NFC South divisional rivals met in the regular season, but the Bucs won the third matchup when it counted the most.

The Green Bay Packers return to the NFC Championship game in back-to-back seasons. They were knocked out by the San Francisco 49ers last year.

The Buffalo Bills won both of their playoff games at home this season in front of the Bills Mafia. Now, they hit the road to face the Chiefs in Kansas City at Arrowhead.

The Bills edged out the Colts 27-24 to survive the AFC wild-card round. In the AFC divisional round, the Bills held off Lamar Jackson and the Baltimore Ravens 17-3. Taron Johnson scored a touchdown on a 101-yard pick-6 to help seal a spot in the AFC Championship.

The Bills lost to Kansas City in Week 6 when the Chiefs beat them in Buffalo 26-17. Since then, the Bills went 11-1 with their only loss coming against the Arizona Cardinals when they were beaten at the last second by the now-infamous Hail Murray touchdown.

Kansas City edged out the Cleveland Browns 22-17 after blowing a 19-3 lead at halftime. The Browns rallied back in the second half, but the Chiefs lost Patrick Mahomes to a concussion. Backup quarterback Chad Henne made a couple of big plays in crunch time, including a ballsy pass on fourth and inches, to lock up the win and advance to the AFC Championship.

The Buffalo Bills are now +400 odds to win the Super Bowl, compared to +600 last week and +700 when the postseason began. Kansas City didn’t see any significant change in their futures at +175 odds, only down from +200 last week. The Chiefs have been the consensus odds favorites to win Super Bowl 55 ever since Super Bowl 54 ended.

For the second week in a row, the top-seeded Green Bay Packers host a home game on the frozen tundra of Lambeau Field. Tom Brady and the Bucs will attempt to derail a magical season for Aaron Rodgers and the Packers. Rodgers is a coin flip to win the MVP race against Patrick Mahomes. Now, only Brady and the Bucs stand in his way from returning to the Super Bowl. The Packers won the big one during the 2010 season. Although the Packers returned to the NFC Championship three other times since then, they failed to advance to the Super Bowl every time.

In his first season as head coach, Matt LaFleur lost to the Niners in the NFC title game. In his second season with the Packers, LaFleur’s goal is to win the conference championship and the Super Bowl.

A hefty flow of money has been wagered on the Packers all season. At the end of Week 17, the Packers were one of the top teams on the NFL futures board at +500 odds. Last week, the Packers saw their futures move to +375. At the SuperBook in Las Vegas, you can currently back the Packers at +225 odds to win the Super Bowl.

Brady won the battle of the old quarterbacks when the Bucs knocked out Drew Brees and the New Orleans Saints 30-20. The Bucs were public favorites to win the Super Bowl ever since they signed Brady. At the end of the regular season, the Bucs were +1200 odds to win Super Bowl 55. Last week, their odds bumped to +900. Right now, the Bucs are the “long shot” on the futures board at +425 odds. 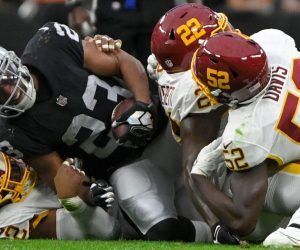