This is one of the craziest stories at the Euros so far. Six IT engineers from Paris accidentally traveled to Bucharest instead of Budapest for France’s last two group games at Euro 2020.

The world champions played Hungary (19 June) and Portugal (23 June) at the newly-built Puskas Arena, in the Hungarian capital. Six of those who bought tickets at the game couldn’t attend, though. Because of their own error and a miscommunication with the tour operator they bought their plane tickets from, the members of the group ended up in Romania’s capital, Bucharest.

Austrian and Ukrainian fans partying together in Bucharest ahead of their group decided later this evening. #UKR #AUT #EURO2020 pic.twitter.com/O7bF9dKVMS

It wasn’t on the plane when they realized their error, nor on their way to the city center from the airport.

“It’s like we are in the ‘Home Alone’ series. We are lost in Bucharest. We probably just hopped on the wrong plane,” one of the French fans told Romanian portal jurnalul.ro.

After checking their tickets, the fans realized that three of them had Bucharest written on them, while the other three were for Budapest. Somehow, all of them hopped on the same plane and were allowed to travel.

“The company that sold us the tickets blamed us for not knowing the difference between Bucharest and Budapest. It’s like the candid camera or worse, a bad comedy with idiots,” cried Joel, one of the six French supporters.

‘How should we know? It’s our first time in Eastern Europe’

Asked by a reporter how they could not realize where they were, Joel confessed: “How should we know? It’s our first time in this part of Europe. Honestly, for me, up to now, there was no difference between Bucharest and Budapest. We should learn more about Europe.”

The French gang only realized they were in the wrong city hours after landing.

“From the airport, we followed other supporters. We thought they were Hungarians going to the game themselves, so we just followed them. Our thought was they were locals and they knew the way to the stadium so we should not worry. We never thought they were not Hungarian,” one of the French fans argued.

On the day of their arrival, last Saturday, the French met groups of Ukrainian supporters who were in town for their Group C decider against Austria on Monday.

“We never thought they were Ukrainian,” Joel mumbled. “I realize we couldn’t have told. We don’t know anything about the Hungarian language, nor do we know Ukrainian or Russian. For us, it’s the same. We just followed the fans on the train, then in the underground. We found it weird that no one went to the stadium and preferred to have beers in the old town.”

The six French fans tried their best to have a chat with the Ukrainians, but with no luck. “We couldn’t understand a thing they were saying,” the French supporters said. Instead of watching France along with other 67,000 fans at the stadium in Budapest, the ‘Bucharest travelers’ ‘attended’ virtually in front of a TV set in the Romanian capital.

They searched for a place to sleep, canceled hotel bookings in Budapest, and hoped France finished first in Group F. Which did happen, after a mad finale. Germany, Portugal, and Hungary were also part of the thriller.

Germany, who are among the top favorites to win the tournament, were six minutes away from an early exit. Hungary was 2-1 up in Munchen before Goretzka equalized in the 84th minute.

The France 🇫🇷 national team arrived in Bucharest ahead of their game against Switzerland 🇨🇭on Monday. pic.twitter.com/IQbGOGsPqm

Lucky travels: France do play in Bucharest in the round of 16

On Monday, Mbappe, Griezmann, and Benzema will come to Bucharest after all. They will play Switzerland in the round of 16 at Euro 2020. For the six French friends, a new quest starts. Finding tickets is not going to come easy. And they don’t want to watch another France game in a pub.

Then, the flight tickets back home could be a challenge, but don’t tell them that just now.

France plays Switzerland at 21:00 CET on Monday. Didier Deschamps are firm favorites to go through, at -500. Switzerland is at +300. Mbappe is at +120 to score anytime in the game, with Benzema at +140 and Griezmann at +160. Switzerland’s Seferovic is the main favorite to punch for his team, at +275.

6 French fans will be watching the game tonight from Bucharest instead of Budapest
3 were sold tickets to Bucharest, 3 to Budapest. They all went up the same plane, not knowing what they were doing
Travel company accused them of not knowing the difference between the two cities pic.twitter.com/ibziauhE36 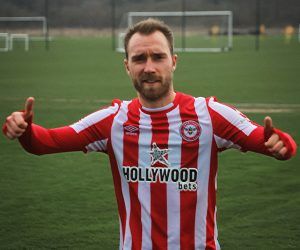 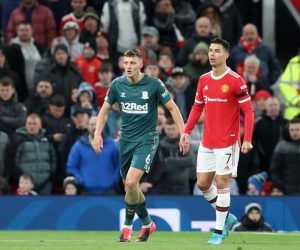 Ronaldo to Consider His Man. United Future based on UCL Finish and New Managerial Appointment