The Preakness Stakes serves as the middle jewel of the Triple Crown, doubling as the crown jewel of a stacked Preakness Meet stakes weekend at Pimlico Race Course. The Baltimore race track plays host to 16 stakes – 10 of those graded – over the two-day Preakness weekend on May 14-15.

That weekend lights the marquee for the Preakness Meet at Pimlico. It begins May 7 and runs through May 31.

Those 16 stakes bring purses worth $3.25 million. Headlining this, of course, is the 146th Preakness Stakes, which served as the final jewel of the Triple Crown during the pandemic last year. This year, the May 15 Preakness returns to its middle jewel status, retaining its 1 3/16-mile length two weeks after the Kentucky Derby.

The Preakness serves as the marquee event on a 10-stakes (six graded) card offering $2.25 million. Yet, the Preakness isn’t the oldest race on the day’s slate. That honor goes to the $250,000 Grade 2 Dinner Party, which is the eighth-oldest race in the US. That race for 3-year-olds dates to 1870, three years before the Preakness debuted.

What does Pimlico do for a Preakness encore?

This year’s Preakness has tough hooves to fill. Last year, Swiss Skydiver beat Derby winner and eventual Horse of the Year Authentic in an epic stretch duel. Her victory came with the second-fastest time in event history, making her the sixth filly – and second since the 1920s – to win the Preakness.

Two stakes return to the Preakness Day schedule after going on hiatus last year. Those are the Grade 3 Maryland Sprint and the Sir Barton.

The 97th Black-Eyed Susan headlines the May 14 card. The $250,000 Grade 2, one of the top races for 3-year-old fillies, returns to its customary day-before-the-Preakness headlining status. Last year, it ran on the Oct. 3 Preakness undercard.

The Maryland Jockey Club, which announced the schedule, said in a release that ticket information will be announced soon. 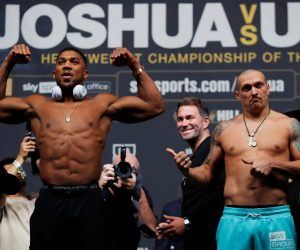