Kansas City quarterback Patrick Mahomes is the favorite to be named Super Bowl MVP, and the odds keep trending downward. The second-year player opened at several sportsbooks at +140, but has been bet down to +105. Some places, like Circa Sportsbook, have Mahomes at even money. 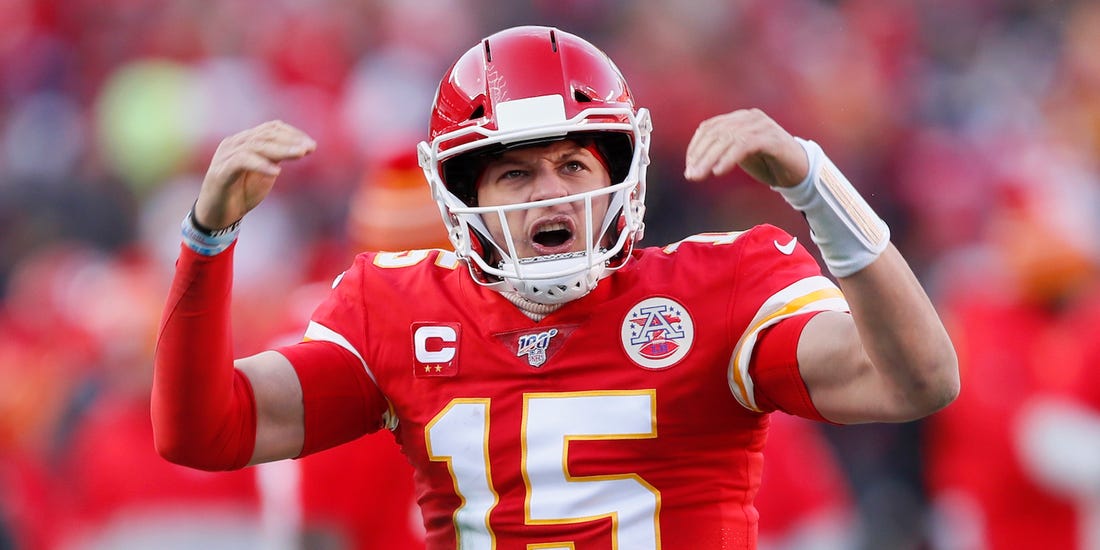 Quarterbacks are often a safe pick to win the MVP award. Players in the position have won the award in 29 of the previous 53 contests, including three of the previous five Super Bowls.

Mahomes, who is the second choice to win the NFL regular season MVP at 40/1, would be a logical pick to win the Super Bowl MVP. He ruled the two playoff games that Kansas City won to reach the big game with a combined quarterback rating of 131.5 based on 615 passing yards, including eight touchdowns.

The Chiefs would probably have to win for Mahomes to be named Super Bowl MVP. In the history of the contest, only one player has won the award with his team losing.

The decent odds on Mahomes to win Super Bowl MVP vanished almost as soon as they were released. If gamblers are looking for another option, it could be Garoppolo, who is at +260.

The 49ers quarterback also played two solid playoff games, though his record does include an interception. Unlike the Chiefs, the 49ers can also help support Garoppolo’s numbers thanks to their strong running attack.

San Francisco head coach Kyle Shanahan said it is Garoppolo’s leadership that has been vital to the team’s success.

“I think it’s huge,” Shanahan said. “I think that’s why our guys follow him. Like in any instance, if Jimmy’s struggling or if he’s balling, our guys would do anything for Jimmy. It’s how he’s been since the first day he got here when we traded for him with New England.”

Still, if Shanahan relies too heavily on the running game, Garoppolo might not get the stats he needs to make him an attractive Super Bowl MVP candidate.

With his performance in the NFC Championship, 49ers running back Raheem Mostert might be a player worth betting on to win Super Bowl MVP. Against the Packers, Mostert had 220 yards on 29 carries, including four touchdowns.

If he can duplicate those stats, he might be a runaway winner, and at +600, he is worth taking a look at.

Kansas City wide receiver Tyreek Hill is another longshot to look at. He proclaimed that no one can guard him or other Chiefs receivers. He is fetching +2000 odds.