All eyes will be on the semifinal matchup between Sofia Kenin and Petra Kvitova at the French Open on Thursday. But while the two stars may get the most attention at Roland Garros, it’s relative unknown Iga Swiatek who has emerged as the tournament favorite.

Kvitova advanced to the semifinals with a routine 6-3, 6-3 victory over Germany’s Laura Siegemund.

The seventh-seeded Kvitova overpowered Siegemund, serving six aces on her way to a convincing victory. Kvitova will now be making her first appearance in the French Open semifinals since 2012.

“I’m still the same clay player I was before, and I’m still mentally tough,” Kvitova said after the victory. “I’m really happy that, even after eight years, I can be in the semifinal again of a Grand Slam after [losing] last year in the final in Australia. I’m really glad that in the last couple of years I improved my results in the Grand Slams. I hope this journey is not ended yet.”

The next step on that journey comes Thursday against Kenin. The 21-year-old defeated fellow American Danielle Collins 6-4, 4-6, 6-0 to reach the semifinals. Kenin has played three sets in four of her five matches so far at the French Open, something the 2020 Australian Open champion joked about after her latest win.

“I like winning in three sets,” Kenin said. “I’m really proud of myself.”

Kvitova enters their semifinal clash as a -180 favorite over Kenin (+152), according to FanDuel Sportsbook.

In Thursday’s early semifinal, Swiatek will take on qualifier Nadia Podoroska for a spot in the French Open finals. Before this tournament, Podoroska had never advanced past the first round of a Grand Slam tournament, while Swiatek’s deepest runs had ended in the fourth round.

Podoroska came out of nowhere to make her deepest run yet. She became the first qualifier to reach the semifinals of the French Open by shocking No. 3 seed Elina Svitolina 6-2, 6-4.

The 19-year-old Swiatek has been poised for a breakout performance this year. Currently ranked No. 54 in the world, Swiatek crushed No. 1 seed Simona Halep 6-1, 6-2 in the fourth round to avenge a loss to the Romanian star at least year’s French Open.

Swiatek moved into the semifinals with a solid 6-3, 6-1 win over Italian qualifier Martina Trevisan.

“I just knew that I’m not going to play as perfectly as with Simona. On my level, it’s impossible to keep that level of consistency,” Swiatek said of her quarterfinals performance. “I just stayed, like, really down-to-earth and really positive. I did that pretty well.” 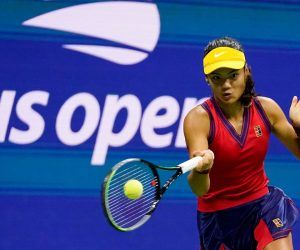 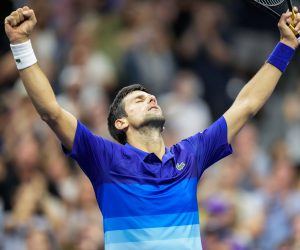 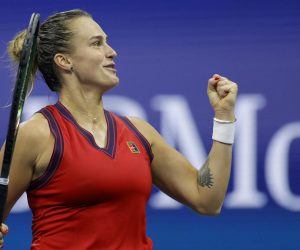