The Atlanta Braves are closing in on their first World Series berth since 1999 after taking a 2-0 lead over the Los Angeles Dodgers in the National League Championship Series.

The Braves staved off a late Dodgers comeback to win Game 2 of the NLCS 8-7 on Tuesday.

Atlanta built a 7-0 lead after tacking on a run in the top of the seventh, prompting many viewers to change the channel. But Corey Seager brought Los Angeles back to within shouting distance with a three-run homer in the bottom of the inning.

Ozzie Albies extended the margin to 8-3 with a home run of his own in the top of the ninth. There was little reason to think that run would matter at the time, but it proved to be the difference. The Dodgers staged a four-run rally in the bottom of the ninth, which came up just short of tying the game. After hitting a triple to drive in Will Smith, Cody Bellinger stood on third base with two outs when A.J. Pollock grounded out to end the game.

While the Dodgers aren’t thrilled to trail the NLCS by two games, Tuesday’s late rally did provide them with a glimmer of hope.

“This team has a lot of fight and we’ve done it all year,” Seager told reporters after the game. “We were one swing, one anything away from tying that ballgame and going into extras. This is a long series and we are looking [forward] to the challenge.”

The two losses made the Dodgers a +200 underdog in the series, according to FanDuel Sportsbook. Those odds will lengthen significantly if Los Angeles falls behind 3-0. Only one team has ever overcome such a deficit: the 2004 Boston Red Sox, who came back to not only beat the New York Yankees in the ALCS, but also win the World Series.

Urias, Wright Square Off in Game 3

With Clayton Kershaw still recovering from back spasms, the Dodgers will turn to Julio Urias to start Game 3. Urias went 3-0 with a 3.27 ERA in 10 starts during the regular season, and has picked up two wins out of the bullpen during the playoffs.

The Braves will send Kyle Wright to the mound on Wednesday. Wright went just 2-4 with a 5.21 ERA during the regular season, but threw six shutout innings against the Miami Marlins during the NLDS.

“I feel like any outing you can learn from it and take something from it,” Wright told reporters, speaking of his NLDS start. “For me, just kind of being able to go out there and not have my stuff and find a way to get out of some jams and then end up pitching deep in the ballgame and giving us a chance to win, I think was a big confidence booster and something I’m going to take in with me to this next start.”

While oddsmakers now favor Atlanta to win the series, the Dodgers continue to be the pick for each individual game. FanDuel lists Los Angeles as a -188 favorite in Game 3 over the Braves (+162). 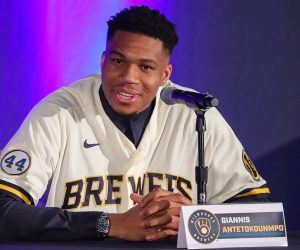 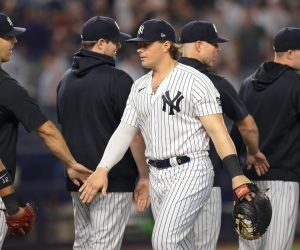