Fall flies by when you’ve having fun, as the college football season is more than half over. The daily DFS slate should provide plenty of fun this week, with plenty of offensive firepower on the docket, meaning we will need some big scores to compete for tournament wins.

Here are six players to consider for your rosters this week:

Sam Hartman, Wake Forest ($9,000 on DraftKings, $11,500 on FanDuel) – Hartman has been putting up numbers that a programmer wouldn’t dare implement in a video game. Last week against Army, he completed 23 of 29 passes for 458 yards and five touchdowns while adding a rushing TD. That was his third straight game scoring at least 33 fantasy points on DraftKings. Duke shouldn’t put up much of a fight this week.

Brock Purdy, Iowa State ($6,400 on DK, Game not on FD) – Often overshadowed by running back Breece Hall, Purdy has put up some good numbers this year, scoring more than 22 fantasy points on DK in three contests. The West Virginia defense that the Cyclones face this week can best be beaten by the air, so Purdy may score us some nice points for a low salary.

King Doerue, Purdue ($4,300 on DK, $5,900 on FD) – Let’s crown Doerue the value play of the week. Despite getting the bulk of the work for the Boilermakers, Doerue is cheap. Running into the buzzsaw that is the Wisconsin defense last week has a lot to do with that. Nebraska should put up less of a fight and we should get the double-digit fantasy points we need to pay off this salary.

Jaquarii Roberson, Wake Forest ($7,600 on DK, $9,000 on FD) – No. 5 for the Demon Deacons enjoyed eight receptions for 157 yards and three touchdowns in Sam Hartman’s epic showing against Army. That followed two games in which he tallied 135 receiving yards in each contest. Roberson has a huge fantasy ceiling and makes for a great pairing with his QB.

Charlie Kolar, Iowa State ($4,100 on DK, Game not on FD) – One of the most productive tight ends in the country, Kolar has caught at least four passes in six straight games, including six receptions for 69 yards last week against Oklahoma State. Kolar won’t blow up the stat line, but he’s a solid pick at a value price. 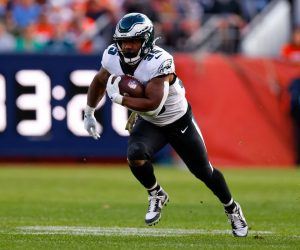 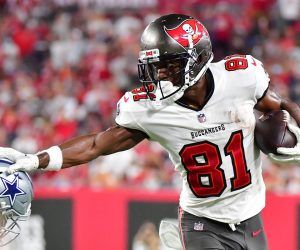 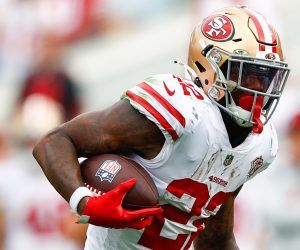