Bob Baffert scratched Medina Spirit from Saturday’s Grade 1 Pennsylvania Derby at Parx on Tuesday after the Kentucky Derby winner and 2/1 morning-line favorite drew an outside post that Baffert found troubling.

Medina Spirit drew post 9 in the 10-horse Pennsylvania Derby field. That put his two chief competitors, Hot Rod Charlie (5/2) and Midnight Bourbon (5/1) directly inside of him. This unsettled Baffert to the point where he decided shipping the colt to Pennsylvania with that post didn’t make sense.

“I don’t like the way he drew, I wasn’t happy with the draw,” Baffert told the Albany Times Union’s Tim Wilkin. “I didn’t like the way the race was setting up. There is too much speed. It’s a tough race. I have a lot of respect for the other two horses. There is not much separating them, but I would be at a disadvantage. That’s why I’m passing.”

Hot Rod Charlie, running his first race since being disqualified for interference in the Haskell Stakes 2-½ months ago, is in post 7. He likely becomes the new favorite. Midnight Bourbon, the victim of Hot Rod Charlie’s interference, drew post 8.

All three horses like setting the pace or being near the lead. That set up the $1 million Pennsylvania Derby to be a test of who would blink first. And if all three blinked, which closer would pick up the pieces?

Bob Baffert on pulling Medina Spirit from Pa Derby: "I don't like to put them on a plane unless I feel real good about it. Medina looks good, I just don't like the way the race was setting up. I feel part of my success is knowing when to run and doing what's right for the horse."

Instead, Baffert said he’ll send Medina Spirit out against older horses in the Grade 1 Awesome Again at Santa Anita Park opening weekend on Oct. 2. That would be the first time the son of Protonico faced anyone outside his age group.

If he runs well there, Baffert said the Nov. 6 Breeders’ Cup at Del Mar is the likely next stop.

Medina Spirit is 3-for-7 this year

Medina Spirit last ran on Aug. 29 in the Shared Belief Stakes at Del Mar, where he scored his third victory of 2021. All three wins were stakes races, joining the Robert B. Lewis and the Derby on the ledger. That Shared Belief victory came after a 3-½-month layoff, stemming from his third in the Preakness Stakes.

“Medina looks good. I just don’t like the way the race was setting up,” Baffert told Wilkin. “I feel part of my success is knowing when to run and doing what’s right for the horse.”

Medina Spirit wasn’t the only horse Baffert benched from Parx’s signature weekend. He scratched filly Private Mission from the Penn Derby’s sister race, the Grade 1 Cotillion, where she was 9/2. Baffert told Wilkin Private Mission will stay home in California and run the Grade 2 Zenyatta at Santa Anita. 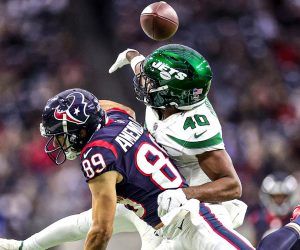