Canelo Alvarez and Daniel Jacobs will look to unify most of the major middleweight championship belts in boxing on Saturday, when the two meet at T-Mobile Arena in Las Vegas.

Alvarez is generally regarded as the top middleweight boxer in the world thanks to his win over Gennady Golovkin last September, while Jacobs is considered one of the few fighters in the weight class with a shot of contending with Alvarez and GGG.

Jacobs Sees Fight as Opportunity of a Lifetime

Unlike many heavily hyped title fights, there hasn’t been much trash talk leading up to Saturday’s clash. Instead, both sides have been happy to cordially build up the encounter, expressing their confidence that they can win but also saying they hoped to give boxing fans an entertaining and competitive fight.

Jacobs (35-2, 29 KOs) comes in as the less heralded fighter, lacking the big wins that have defined Alvarez’s career. But the American has no doubt that he can prove something to the world when he enters the ring this weekend.

“This is the opportunity of a lifetime for me, and I’m mostly excited to get in there and show the world that I am the best middleweight of my generation,” Jacobs said during a pre-fight press conference. “I finally have an opportunity to prove it, to go against Canelo Alvarez. You guys are going to see fireworks, masterful boxing, skills, dedication, persistence and grit, most importantly.”

Canelo Ready for ‘Whatever He Brings’

But the 28-year-old Alvarez (51-1-2, 35 KOs) has plenty to bring to the table as well. And while he made sure to show respect to his opponent, he made it clear that he fully expects to come out on top on Saturday.

“I’m a fighter that’s fought all the styles. What he brings on Saturday night is going to bring the reaction out of me to counter whatever he brings,” Alvarez told reporters. “I don’t care if he’s bigger, stronger, it’s never bothered me. I have the capability. I have the experience to overcome that and more.”

The mutual respect and lack of trash talk – let alone anything like a physical confrontation between the two at any press conferences – may seem unusual to some fans, considering the lengths many fighters will go to in order to drum up interest in their fights. But both fighters have said that for them, the approach has been refreshing.

“It’s never been my intention in my lead-up to any fight to sort of create this animosity to sell the fight or bash my opponent,” Jacobs told reporters. “So for me, this has been one of the best promotions and best lead-ups that I’ve been a part of because I share the same ideas with my opponent, which is strictly being professional and let our skills speak inside the ring.”

While there’s no reason to think Jacobs can’t be competitive with Alvarez, especially given his physical size advantage, bookmakers still think that Canelo is a clear favorite in this fight. FanDuel Sportsbook has Alvarez listed as a strong -650 favorite, while Jacobs is being offered at +340 to win on Saturday. 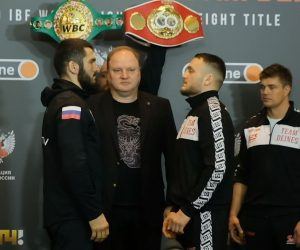 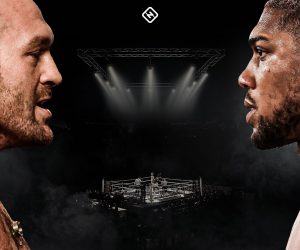