Life Is Good returns this weekend as the leading player among several Kentucky Derby contenders and would-be contenders among three Derby preps on both coasts.

Aqueduct, Santa Anita Park, and Gulfstream Park take the spotlight this weekend, turning those newly minted 3-year-olds loose in three, one-mile races. Two of those, the Jerome at Aqueduct and the Sham at Santa Anita, offer Derby qualifying points on a 10-4-2-1 basis to the top four contenders. The Mucho Macho Man at Gulfstream may have the best field of the three.

Horses running in the three races will do so without Lasix. The anti-bleeding medication is forbidden in any Derby trail race and, as of Jan. 1, in stakes races.

OG News takes a look at this weekend’s stakes races, along with key horses worth your attention.

This one-turn mile at the Big-A doesn’t feature your Derby A-listers. Likely favorite Swill is 100/1 on both Circa Sports and William Hill Nevada’s futures boards. His two main threats, Eagle Orb (225/1 Circa, 120/1 William Hill) and Hold the Salsa (150/1 Circa, 110/1 William Hill), aren’t opening too many eyes either. Eagle Orb comes in out of his Notebook Stakes win at Aqueduct. That second win came in his fifth start. Swill broke his maiden in September – on his third try. He comes in off a fourth in the Grade 2 Kentucky Jockey Club Stakes. As for Hold the Salsa, this is his first trip against open company. His three wins came against New York-breds.

Doug O’Neill takes a break from tending to his Derby flock by sending three horses to this Grade 2, 6-½-furlong turf sprint for older horses. Leading O’Neill’s contingent is Wildman Jack, last seen finishing seventh in the Breeders’ Cup Turf Sprint. His last victory came in May at the Grade 3 Daytona Stakes. Blitzkrieg, coming out of his eighth-place finish in the Grade 3 Seabiscuit Handicap, and Oiseau de Guerre, complete the O’Neill trifecta. Peter Miller’s Texas Wedge returns to defend his title after a woeful 11th at the Breeders’ Cup Turf Sprint.

This mile-long, Grade 3 turned into Authentic’s coming-out party last year. Trainer Bob Baffert hopes it becomes Life Is Good’s validation after his coming-out party last month. Currently, Circa Sports’ futures favorite (+950), Life Is Good returns after his 9-½-length debut demolition in a maiden race last month. Baffert may also send out Medina Spirit, coming off his debut win at Los Alamitos earlier this month. Waiting for them is John Shirreff’s tandem of underrated Parnelli and Waspirant. Parnelli hasn’t missed the board in five starts (1-2-2), which explains why he may be a futures bargain (100/1 Circa, 90/1 William Hill). We last saw Waspirant near the back of the pack during his eighth-place finish in the Grade 1 American Pharoah Stakes in September.

This listed stakes mile doesn’t offer Derby points, but it counters with a serious field headed by Smiley Sobotka, who parlayed his Kentucky Jockey Club runner-up finish into good real estate on Derby futures boards (85/1 Circa, 75/1 William Hill). His Dale Romans stablemate, Sittin On Go, finished sixth in that race after finishing a distant ninth in the Breeders’ Cup Juvenile. And Romans likely sends out a third contestant – Ultimate Badger, who finished eighth in the Kentucky Jockey Club. Todd Pletcher may counter with one of the front-row Derby sleepers, Mutasaabeq (85/1 Circa, 75/1 William Hill). This would be his first dirt start after two turf trips, winning the Grade 2 Bourbon Stakes, and placing a distant 10th in the Breeders’ Cup Juvenile Turf.

Seabiscuit Handicap winner Count Again heads this 1-1/8-mile turf jaunt for older horses. Chasing him in search of breaking extended losing streaks are Another Mystery and Bowies Hero. Another Mystery hasn’t solved the winning mystery since January, when he won an allowance at Fair Grounds. That seven-race losing streak is two more than Bowies Hero’s current winless skein, which dates to last October when he won the Grade 1 Shadwell Mile at Keeneland. 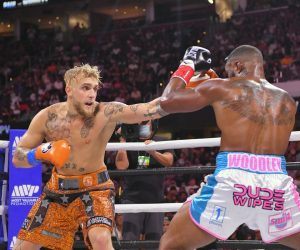