The United States and England will face off in Lyon on Tuesday in the first semifinal of the 2019 Women’s World Cup, with the winning team likely to be a heavy favorite to lift the trophy on Sunday.

The United States and England are both undefeated so far in the tournament, and are ranked No. 1 and No. 3 in the world respectively according to FIFA.

Team USA is coming off of a thrilling 2-1 win over France, in what many regarded as the match of the tournament, a battle between the top two teams in the field. While France had more of the ball and plenty of chances, the USA played an outstanding match, building a two-goal lead before holding off the French attack to advance.

But while France may have been seen as the biggest threat to the defending champions, the Americans are unlikely to overlook England – a team that is actually ranked above France and which drew the United States 2-2 in the 2019 SheBelieves Cup.

The matchup is a fond one for American manager Jill Ellis, who spent her childhood in the UK before moving to the United States with her family. While she grew up rooting for Manchester United and Portsmouth, she was unable to play soccer because of a social stigma against girls taking up the sport at the time – until she moved to the US. Ellis says that journey played a major role in making her the coach she is today.

“I have a lot of fond memories of my life in England,” Ellis told reporters. “I spent many a summer in Edinburgh so my whole British culture growing up is still with me for sure. I am very grateful for that, because if I had grown up in another country, I am not sure I would have the passion for football that I have. What America gave me was kind of a dream and the opportunity and ability to follow that path, which I really had never dreamed about.”

While some may see the rest of the women’s World Cup as a coronation for the United States, England knows that it has a real opportunity to win the tournament for the first time. According to English manager Phil Neville, that’s been the goal from the beginning.

“The common goal, the common vision, is winning a World Cup,” Neville told reporters. “That’s the mentality we’ve brought in. Losing a semifinal would mean nothing to me. They only take pictures of the winning team.”

As usual, the United States is the deeper, more talented team overall. But England is coming in with plenty of confidence, having won both of its knockout stage matches by 3-0 scores.

That’s been enough to keep the Americans from being listed as an overwhelming favorite. At FanDuel Sportsbook, the USA is a -115 favorite to win in regulation, with England at +320 and a draw fetching +250 odds. Overall, the United States is a -235 pick to move through to the final over England (+180). 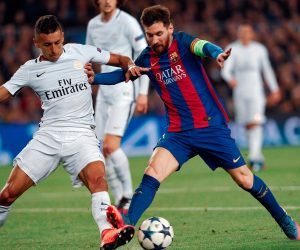 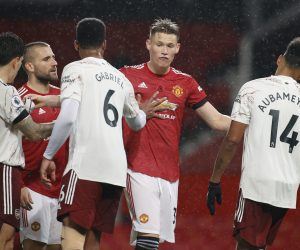