Have you ever dreamed of owning a professional sports team? If so, you might want to look into Chinese Super League side Tianjin Tianhai, which is currently for sale at an asking price of nothing. Nada. Zero. Zip. Absolutely free.

The top-tier Chinese soccer club is available free of charge after financial problems have plagued the team in recent seasons.

Tianjin finished in 14th place in the 2019 Super League season, barely avoiding one of the two relegation positions in the 16-team division. The squad won just four games out of 30 played on the year.

Club officials feared that the team might not even be able to participate in the 2020 Super League. After discussing the issue, the club determined that selling to a new owner was the best course of action.

“The club have reached a critical moment and in order to maintain the hard-fought position in the Chinese Super League have, after careful considerations, made a difficult decision,” the team said in a statement. “We will transfer 100 percent of the club with zero fee.”

Before you line up to take over the franchise, however, you might want to look at the fine print. Tianjin is carrying $145 million in debt, and only controls assets worth about $100 million, according to an ESPN report.

That means Tianjin is seeking a suitable owner, one who is capable of financially supporting the team going forward. Currently, the Tianjin Football Association owns the club, taking over in 2019. Pharmaceutical company Quanjian previously owned the team, but gave them up following a scandal over how the firm marketed its products.

The hope is that another Chinese company will be interested in picking up the team. The current owners say that the team’s sizeable debts are negotiable. Chinese Super League teams rely heavily on owner investment to keep themselves financially viable, as sponsorship and marketing revenue is lower than in European leagues.

Super League Season in Doubt Due to Coronavirus

The decision to sell the team may help quell rumors that Tianjin might be kicked out of the Chinese Super League before the 2020 season. The club failed to sign any players during the offseason, while 13 members departed to other teams.

Tianjin coach Li Weifeng denied those rumors while speaking to reporters on Wednesday.

“The club is facing some problems, but they can be solved,” Weifeng said. “Every team has its own troubles, that’s normal. That doesn’t mean the club has no future.”

Meanwhile, the Super League itself may not be playing for a while. In late January, the Chinese FA postponed all domestic soccer games in response to the coronavirus outbreak in the country. Organizers of other events have also postponed or canceled competitions in China, and elsewhere around the world.

“The Chinese Football Association will continue to maintain close communication with national authorities – and make reasonable adjustments to the organization, schedule, and scale of matches where necessary,” the CFA said in a statement. 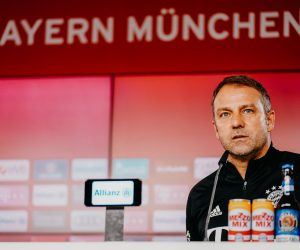