Seattle hockey fans are going wild about the prospects of welcoming the NHL to their city, they just aren’t crazy about what the owners are proposing to call the new team. Names such as the Rainiers, Kraken, and Sea Lions all have been floated as possible monikers.

The NHL Board of Governors will vote in June whether or not to award the city an expansion franchise that would be the 32nd team in the league.

Bovada has listed the odds, and Emeralds is the favorite at +450. Totems, which has its name rooted in Native American culture, is +600. The Rainiers, a name honoring both a local mountain and a beer, follow at +650.

Oak View is the ownership group for the new team. Longtime sports executive Tim Leiweke, investment banker David Bonderman, and Hollywood producer Jerry Bruckheimer are the main force behind getting an NHL team in Washington.

Representatives for OVG have said no final decision has been made for the team’s identity, but Washington Gov. Jay Inslee could have possibly leaked out the team’s name. In talking about a high-speed rail project the governor could have let it slip, or it is just a ruse to keep fans guessing.

“We cannot wait to get on a high-speed rail line to come up and have the greatest hockey rivalry in North America, which is the Seattle Totems versus the Vancouver Canucks,” Inslee said in a statement.

The city had a minor league team from 1958 to 1975 called the Totems. It was a nod to the area’s Native American population, but some have called a totem pole an offensive symbol to the indigenous people, much like the Cleveland Indians’ Chief Wahoo.

Fans on Twitter weighed in quickly on the possible name and it was not positive. Random tweeter Curtis Morrison (@CurtisMMorrison) opined from across the northern border: “I’m not really a fan of the Seattle Totems name for all the obvious reasons. We don’t need MORE culturally-questionable-at-best names.”

It of course won’t be surprising if OVG execs steer clear of the Totems to avoid giving the perception of causing problems for NHL. The league doesn’t want any headaches, and the proposed owners certainly don’t want to do anything to jeopardize the franchise.

Especially when the fans have responded so enthusiastically to the possibility of having hockey in the city by the 2020 season. A $650 million deposit has been paid to the NHL and the group is spending another $600 million on renovating Key Arena. The former home of the NBA’s Seattle Supersonics could become a 17,000-seat hockey venue.

They could have tripled the capacity and had no problem filling the seats. When the team conducted a season-ticket drive, they sold 10,000 seats in 12 minutes. The system ended up crashing and by the following day the team had 33,000 requests. They began a waiting list and got another 25,000 names. 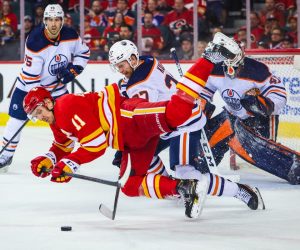 Battle of Alberta: Oilers Face Flames in Second Round of Stanley Cup Playoffs 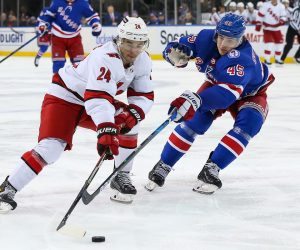 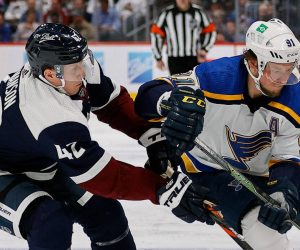