Add the reigning MVP Patrick Mahomes to the growing list of injured quarterbacks this season after the he dislocated his right knee in a Kansas City Chiefs victory against the Denver Broncos on Thursday Night Football.

The Chiefs beat the Broncos 30-6 to end a two-game losing streak and improve to 5-2. But they might have lost their quarterback for an indefinite amount of time.

With 10 minutes remaining in the second quarter, Mahomes suffered a freak dislocated knee injury during a quarterback sneak. Chiefs backup QB Matt Moore took over with a 20-6 lead. Mahomes went into the locker room for an X-ray and was ruled out the rest of the game. The Kansas City defense stepped up and pitched a shutout in the second half.

“Not many people get hurt on a sneak, so it’s a freak thing,” said Kansas City head coach Andy Reid said. “It happens. I was proud of our guys stepping up. They didn’t let down. They really upped their game.”

In the third quarter, Moore connected on a 57-yard touchdown strike to Tyreek Hill to pad the lead. The Chiefs added a field goal in the fourth quarter to hold on for the victory.

Reid described the Mahomes injury as a freak thing. Mahomes took off his helmet and screamed in pain. Medical staff popped his dislocated knee back into place, and a relieved Mahomes walked off the field on his own two feet.

Initial X-rays did not indicate a fracture. Mahomes will undergo an MRI on Friday morning after the team returns home to Kansas City.

The Chiefs have a couple extra days off before they play the Green Bay Packers in Week 8. That might give Mahomes enough time to rest and recover for the dislocated knee. If not, Matt Moore will go up against Aaron Rodgers.

Moore, a 12-year veteran, spent the last six seasons as a backup in Miami. Moore took over as Mahomes backup when Chad Henne broke his ankle in preseason action.

Mahomes came into the Thursday Night Football game nursing a sore ankle. He initially injured his ankle in the opening game of the season, but played through the sprain.

Before he left the game in Week 7, the ankle injury did not affect Mahomes. He looked good overall, connecting on 10-of-11 passes for 76 yards and a touchdown to rookie Mecole Hardman. Overall this season, Mahomes has passed for 2,104 yards with 14 touchdowns and one interception.

A couple of backups also bit the dust, including Mason Rudolph and Trevor Siemian.

At least four starting QBs were benched this season, including Eli Manning, Ryan Fitzpatrick, and Case Keenum. In Week 6, the Tennessee Titans pulled Marcus Mariota after a horrible start against the Broncos. Ryan Tannehill came into the game and didn’t do any better. Tannenhill will get the start in Week 7. 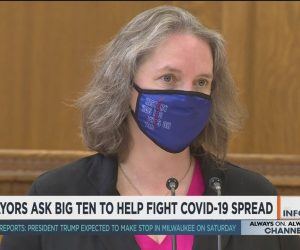