You know things are ugly when a losing team sits in first place. The Philadelphia Eagles top the NFC East with a 1-2-1 record after finally securing their first win of the season in Week 4. Oddsmakers at DraftKings pegged the Dallas Cowboys as the favorite to win the NFC East at -107 odds, followed by the Eagles at +120.

The NFC East continues to be one of the worst divisions in the entire NFL. Their teams are a combined 3-12-1. All four teams have been outscored by a combined 125 points.

The Cowboys are ranked #3 in the NFL, averaging 31.5 points per game. However, the remainder of the NFC East simply sucks on offense, with three teams ranking in the top seven worst offenses in the league.

The NY Giants average 11.8 points per game for the worst offense in the NFL, ranking last at #32. The Washington Football Team averages 19.8 ppg, which ranks them #30 overall, or third-worst in the NFL. The Eagles struggle to score as well, averaging 21 points per game, putting them at #26 in the NFL in scoring.

At this point, the Giants and their crappy new turf at MetLife Stadium are competing with the New York Jets for the #1 seed in the 2021 NFL Draft.

It’s been a tough season for Carson Wentz with another rash of injuries that depleted his wide receiver corp. Wentz led the Eagles to their first victory of the season with a 25-20 comeback win over the San Francisco 49ers. He connected on passes to unknowns like Travis Fulgham, Greg Ward, and John Hightower in the clutch win over the Niners.

Philly could turn around their season, but they’ll have to run the table in the NFC East and avoid losing any divisional games.

Philadelphia has a tougher schedule on paper than Dallas does, which is why the Eagles are +120 odds to win the NFC East versus -107 for the Cowboys.

It’s one thing to start the season 1-3 with a crappy team during a rebuilding year. But the Cowboys are loaded with high-priced talent. Jerry Jones finally opened up his checkbook and paid his top offensive weapons, but he forgot that defense wins ball games.

The Cowboys, especially Dak Prescott, can march up and down the field at will, but they can’t hold a lead to save their lives. The Cowboys have the worst defense in the NFL, which allows 36.5 points per game. Dallas’ defense is so bad that the LOL Jets and the winless Atlanta Falcons allow fewer points.

In non-divisional home games, the Cowboys host the Arizona Cardinals, Pittsburgh Steelers, and San Francisco 49ers. All three teams have their eyes on the postseason.

The Cowboys hit the road for three non-divisional home games. They’ll probably get smoked by the Baltimore Ravens (during the back end of consecutive Thursday games for Dallas) in Week 13, but the good news is that they have two winnable away games against the Minnesota Vikings and Cincinnati Bengals. 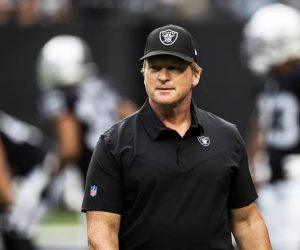 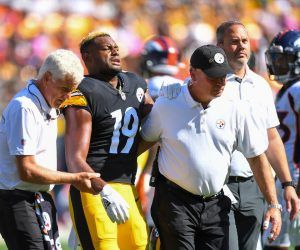