The Los Angeles Dodgers, Atlanta Braves, and Washington Nationals are the consensus top-three favorites to win the National League (NL) pennant in 2020, with the Dodgers the overall favorite at 8/5 odds to represent the NL in the World Series.

According to a recent update by William Hill, the Dodgers are also heading into the season as the favorite to win the 2020 World Series.

Of course, this all hinges upon an actual season being played out. At the moment, the MLB and MLB Players Association are ensconced in tense negotiations to determine how many games they will actually play, and the salary reductions that players are willing to take.

The Dodgers won back-to-back NL pennants in 2017 and 2018. They lost in the World Series both years to the Houston Astros and Boston Red Sox, respectively.

The defending champion Washington Nationals are third-best on the futures board at 7/1 odds to win the NL pennant for the second year in a row.

The inept Miami Marlins, the perennial bottom feeders of the National League, are a whopping 100/1 odds to win the NL pennant.

The Atlanta Braves were a good sleeper pick last season, but they were picked off in the 2019 NLDS by the St. Louis Cardinals. The Braves won the NL East without much fanfare, compared to the hotly contested NL Central.

The Washington Nationals are 7/1 odds to win consecutive NL pennants and return to the World Series. Even though the Nats lost out on the Bryce Harper Sweepstakes, they still pulled off an appearance in the NL wild card after an anemic 19-31 start. The Nats were 0.1% chance to advance to the postseason after the first 50 games of the season, yet still went the distance to win the franchise’s first championship.

The team stayed hot in the post-season and ran the table en route to a stunning victory in the 2019 World Series. It’s difficult to win back-to-back World Series titles, so history is against the Nats.

The Phillies have their eye on a title run. They added coveted free-agent Bryce Harper last season, and hired Joe Girardi in the offseason. The ex-Yankees skipper won World Series rings as a player and as a manager with the Bronx Bombers. Girardi brings a no-nonsense, winning attitude to the clubhouse. The new-look Phillies offers up some value at 12/1 odds to win the NL pennant.

Last season, the NL Central was one of the toughest divisions in all of baseball. For most of the second half of the season, the Cubs, Brewers, and Cardinals were all jockeying for position to secure the NL Central. Heading into the final week of the season, the division had yet to determine a clear-cut winner. Even though the Brewers lost Christian Yelich to a fractured kneecap, the Brew Crew got hot and went on a phenomenal winning streak.

This season is expected to produce another fierce three-way race in the Midwest. With those three NL Central teams cannibalizing each other, it might be difficult for one of them to truly emerge as a contender for the NL pennant.

The Cubs (sans Joe Maddon) and Cardinals are both 10/1 odds to win the NL outright. The Brewers are 20/1 overall to advance to the World Series.

The LA Dodgers are seeking a third trip to the World Series in the last four seasons. They were the best team during the regular season, but ran out of gas in the post-season. At 8/5 odds, the Dodgers are the top favorite in the NL to return to the World Series. They added Mookie Betts and David Price in the offseason after a blockbuster trade with the Boston Red Sox. With two major upgrades, it’s hard not to like the Dodgers.

Oddsmakers list the Dodgers at 1/5 odds to win the NL West. They don’t have much competition other than the upstart San Diego Padres. Aside from the Dodgers up top, the majority of the NL West teams are at the bottom of the NL Pennant futures board.

San Francisco had a great championship run a decade ago, but the franchise is now in rebuilding mode after long-time manager Bruce Bochy retired. The Giants finally removed on-field bullpens and are rumored to be moving in the fences at Oracle Park to help boost their offense. But the Giants are 100/1 long shots to win the NL West, and also one of the long shots on the board to win the NL pennant at 60/1 odds. 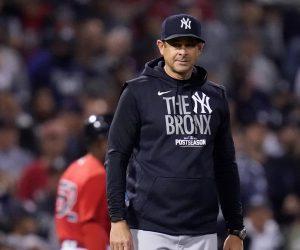 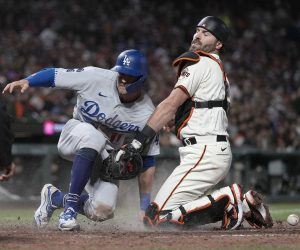