Golden Gate Fields, shut down in November after a COVID-19 breakout ravaged its workforce, will resume racing Jan. 15, according to track owners, The Stronach Group.

That ends a two-month shutdown of the Northern California track imposed when 24 workers initially tested positive for COVID-19. In the wake of that, Berkeley Public Health officials closed the track Nov. 13.

From there, the outbreak spread throughout the track’s backside. BPH officials reported more than 300 workers eventually tested positive. That represented nearly 60% of the 540 backstretch workers.

“After extensive testing in collaboration with the Berkeley Public Health Division, it has been determined that the COVID-19 concerns on the campus have decreased to levels to allow the resumption of live racing,” the release read.

When track officials shut down the track, more than 1,300 horses remained stabled and training continued with a skeletal staff. The original shutdown was supposed to last a week. That was extended to Dec. 4 after the outbreak blew up. On Dec. 3, track officials extended the closure to Dec. 26, the scheduled opening day of the Winter Meet.

The outbreak literally went viral throughout the Golden Gate Fields community. Jonathan Wong, one of the track’s leading trainers, told Bloodhorse that 19 of his 20 employees tested positive. He and four of his employees handled his entire stable after 15 initial positive tests.

He adapted by sending strings of his horses to Turf Paradise in Arizona and Sam Houston in Texas. Other trainers sent their horses south, to Del Mar for the tail end of its Bing Crosby Meet and then to Los Alamitos for its two-week Thoroughbred meet.

Golden Gate Fields exists in a quirky location. Its grandstands, press box, offices and finish line are located in the city of Albany. The backstretch, where most of the affected employees worked, is located in Berkeley. That city’s health department handled the testing and ultimately gave the green light to reopen.

Racing Resumes, But Not Business As Usual

That doesn’t mean business as usual. The track’s racing office remains closed, so entries for Friday’s opening day will be taken by telephone beginning Tuesday.

Track officials said in their statement that owners will not be allowed to attend races or training. This has been an on-again/off-again policy at California tracks. When tracks initially closed, then reopened in the spring, owners were barred from attending at the outset. They were eventually allowed access.

“We will continue to monitor this situation and will update the Thoroughbred Owners of California of any changes to this policy,” the statement read. 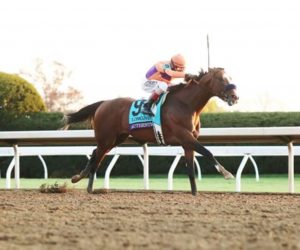 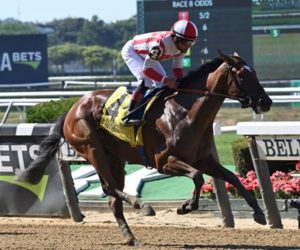 F1 Renews with ESPN Even Though Amazon Bid More