The Uni-President 7-Eleven Lions booked a 4-1 win over the Chinatrust Brothers in an 11-inning thriller that lasted over 4.5 hours.

The game began a season that was pushed back nearly a month. The CPBL planned to have its first game on March 14, but pushed back Opening Day due to the coronavirus pandemic.

Other signs of the ongoing COVID-19 outbreak were apparent during the game. There were no supporters in attendance, though robot fans provided a bit of atmosphere, including some that banged on drums to make crowd noise.

The game produced a few much-needed baseball highlights for the world, including a slick catcher pick-off play at first base, and the world’s first home run of 2020.

Next game will be held on April 14.#StayHome and watch #CPBL#CTBros#Unilions pic.twitter.com/Z1P9njhHDq

Bettors also welcomed the CPBL, as it represents a new way to get at least a little action down during the pandemic. William Hill is offering lines on CPBL games: the bookmaker lists the Chinatrust Brothers as a slight -125 favorite over the Fubon Guardians (-115) in Tuesday’s game.

The CPBL features just five teams, each owned by a different Taiwanese corporation. One of those teams, the Wei Chuan Dragons, is playing the 2020 season at the minor-league level before rejoining the majors in 2021, meaning only four teams will play in the top-tier this season.

Competitive Play, But No Household Names

The league uses a split-season model, in which the teams compete in two, 60-game schedules. Three teams make the playoffs: any winner of a half-season automatically makes it to the postseason, while one or two other teams advance based on their overall record. The playoffs typically take place in late October or early November.

Unlike in the Nippon Professional Baseball (Japan) or the KBO League (Korea), American fans won’t see all that many familiar names in the CPBL. While Japan and Korea regularly attract marginal MLB players to their rosters, the CPBL teams typically fill their foreign player slots – four per roster – with minor leaguers from the United States or Japan.

That doesn’t mean the level of play is terribly low, however. Website CPBLStats.com estimates that the CPBL offers a level of play close to that of Double-A baseball in the United States, based on the performance of foreign players who have come to the league. However, skill levels vary greatly to get to that average, with unknown local youngsters competing against former MLB players. 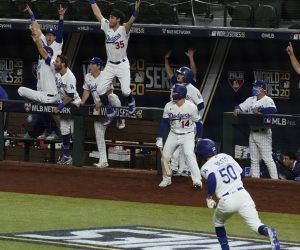