The World Hockey Championships have been perceived as the ugly step-sister of international hockey tournaments in recent years.

But has a different aura about it this time around.

The event has taken a backseat to the Olympics ever since since the NHL started sending its players to the Olympic Games in 1998. This year, the NHL balked, and without the world’s best players, this year’s Olympic hockey tournament in South Korea was a dud.

As a result, there is a buzz around these World Hockey Championships that hasn’t been felt in decades. Tournament organizers in Denmark have already hit their goal for ticket sales before the first puck drop.

It doesn’t hurt that the world’s best player features prominently in this year’s tournament.

Edmonton Oilers star Connor McDavid has led the NHL in scoring in two consecutive seasons. The 21-year old lightning-fast phenom is a big play waiting to happen and a major reason why Team Canada is the significant betting favorite to win the tournament.

With a deep roster full of experienced NHLers, Canada has the best odds to win the tournament at +135. They’ve won the most medals in the history of the World Hockey Championships, including the gold medal 26 times. Their recent form has been strong as well, taking home top prize in two of the last three tournaments.

Canada didn’t win it last year, though. That honor went to Sweden, and the defending champions enter the tournament with the second-best odds of winning at +365. Sweden is tied for second all time with 46 total medals, including 10 golds.

That’s tied with Team Russia, who also happens to be the defending Olympic champions after taking down the big tournament in South Korea in February. The Russians will be looking to add to their collection of 27 gold medals with a lot of the same players who helped them win the Olympics, including Pavel Datsyuk, and Ilya Kovalchuck. Russia’s odds are just behind Sweden at +400.

Led by three-time Stanley Cup champion Patrick Kane, Team U.S.A. has the fourth-best odds at winning the World Championships at +800. They’ve won the gold twice at the worlds, but they haven’t done it since 1960.

The best odds for a team with some winning pedigree goes to Slovakia. They won the silver medal in 2012 and are paying +8000 to win it all in 2018. Slovakia has never won gold at the Worlds, but they were part of several championship teams as Czechoslovakia before the country was divided. Their former countrymen, the Czech Republic, are paying +1400 to win.

The tournament also offers up the long shot of all long shots. After a strong showing in the relegation tournament last year, South Korea gets promoted to the championship round in 2018. It’s the first ever appearance for the country in the IIHF World Hockey Championships, and while it makes for a great story, oddsmakers don’t like their chances.

South Korea is paying an eye-popping +150,000 to shock the hockey world and take home the gold medal. 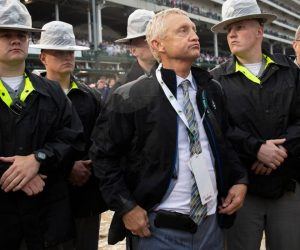