Irad Ortiz Jr. is used to being out in front. Now, with the announcement the two-time Eclipse Award-winning jockey is returning to racing after a month’s hiatus, Ortiz is returning to the pack.

Ortiz’s agent, Steve Rushing, confirmed to Horse Racing Nation his client plans returning to the saddle Saturday at Gulfstream Park. That’s the site of his most recent meet riding title, which Ortiz captured despite missing the final eight days of the winter/spring meet. Ortiz made the decision because of coronavirus concerns.

In another glimpse of Ortiz’s ability to anticipate trouble on and off the track, he took himself out of the game on March 19, after that day’s Gulfstream card. He posted on his Twitter account, “After a lot of consideration, I have decided to stop riding. This is the safest decision for my family and myself. Hopefully, we can all make it safely out of this quarantine sooner than later and get back to what we all love.”

After a lot of consideration, I have decided to stop riding. This is the safest decision for my family and myself. Hopefully we can all make it safely out of this quarantine sooner than later and get back to what we all love 🏇🏻

Five days later, Ortiz’s fellow East Coast jockey, Javier Castellano, tested positive for the coronavirus. His last race was at Oaklawn on March 15. Castellano returned to New York before going to Gulfstream for the March 28 Florida Derby. Upon his return to Florida, Gulfstream officials tested Castellano, who reported no symptoms before his positive test.

After self-quarantining for two weeks at his mother’s home, Castellano will return for the Oaklawn Arkansas Derby weekend on May 1-2.

Staying Close to His Florida Home

As of now, Ortiz’s plans include Gulfstream only. Rushing told Horse Racing Nation he “is not sure about Oaklawn,” where – like Gulfstream – racing continues without spectators. Ortiz’s talent and the 99 nominees for the Arkansas Derby mean he won’t have problems finding a mount. But amid the COVID-19 pandemic, Ortiz might have problems coping with the travel risk.

With Ortiz, 27, back at his southern base in Florida, the sport regains one of its most talented and accomplished jockeys. Even with his hiatus, Ortiz leads North American jockeys with nearly $5.3 million in 2020 earnings and sits third in victories (90) behind Luis Saez’s 103 and Juan Hernandez’s 91. Earlier this year, Ortiz piloted Mucho Gusto to a $1.8 million victory in the Pegasus World Cup.

This year, Ortiz is winning nearly a quarter of his races and finishing in the top-three 58% of the time.

Even with more than a month off, Ortiz is picking up where he left off last year. And the year before. And for much of the 2010s. Last year, Ortiz set the North American earnings record with $34.1 million in winnings. He won 324 races and 56% of his mounts hit the board.

He led the continent’s jockeys in earnings for the past two years, and in wins for the past three years. Ortiz surpassed the $20 million mark in yearly earnings in every season since 2014, and posted a win rate of better than 20% in the same timeframe.

Over his career, Ortiz’s mounts earned more than $183.7 million. He has 2,507 wins and, with a 51% win-place-show percentage, odds are slightly better than a coin flip that his mounts will hit the board. 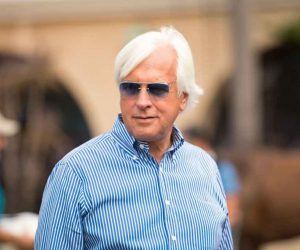 Even at 20, Gainesway’s Champion Sire Tapit Holds His Value