Real Madrid missed out on Kylian Mbappe this summer after PSG stood firm in the face of three offers they received for the prized forward. Real’s last bid was worth as much as $237 million, but wasn’t enough to impress PSG’s bosses, who took the risk of losing Mbappe for free at the end of the season.

Mbappe’s contract runs out when the current campaign concludes. If PSG doesn’t sell him in January, Mbappe will become a free agent who has already made it clear that he won’t extend his stay at Parc des Princes beyond 2022, no matter how high PSG’s financial offer goes. Real Madrid wants to take advantage of the situation. Apart from signing Mbappe for free, Real plans to pair him with another goal-scoring sensation, Erling Haaland.

There were rumors that Real had reached an agreement with Haaland and his agent, Mino Raiola, but they’ve been denied by the player’s representative. In the past month, Haaland’s club, Borussia Dortmund, turned down approaches from Manchester City and Chelsea. The 21-year-old Norwegian will become available next year, though, according to a clause in his contract.

According to the Spanish paper Marca, Real Madrid believes Mbappe and Haaland will mark the next decade in the way Messi and Ronaldo did. Both forwards have excellent numbers, as they’ve broken record after record in the PSG and Borussia Dortmund shirts, respectively.

Real is sure Mbappe will sign for them in January

When he enters his last six months of contract at the start of 2022, Mbappe will be able to sign with whichever team he wants. Real Madrid is convinced the 23-year-old will engage with them without PSG being able to do anything about it. Real also expect the Paris giants to make Mbappe a new, improved extension offer within the next four months.

Mbappe has made it very clear, however, that he only wants to play for Real. Haaland’s entourage is also in contact with Real. The first contacts were described as “positive,” and Real has a good relationship with Dortmund that could ease the move.

Chelsea is currently at -110 to become Haaland’s next club, with City second at +200. Real Madrid comes third at +300. Mbappe is at -500 to become a Real Madrid player after leaving PSG, with Liverpool landing him currently at +500. A surprise move to Manchester City is at +900. 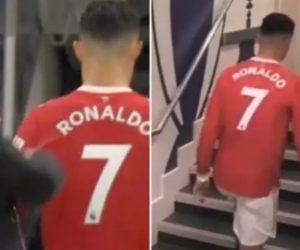 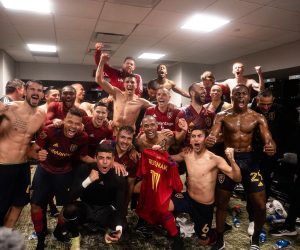