At just 29 minutes into the game between Cadiz and Valencia, all eyes went to the middle of the pitch, despite the ball not being anywhere near that area.

French defender Mouctar Diakhaby was showing his anger, suggesting he’d been subject to racist abuse from Juan Cala of Cadiz. Diakhaby couldn’t be tempered down. After a few minutes of verbal exchanges, Valencia’s players left the pitch in solidarity with their colleague. Diakhaby received a booking for his reaction.

Referee report: The show must go on

David Medie Jimenez, who was the match official at this game, gave his version of the events in his match report.

“In the 29th minute I stopped the match because of a confrontation between players from both sides. Player number 12 from Valencia, Mouctar Diakhaby, was booked for arguing with an opponent. He told with these words: ‘I was called a s***** black man,’ in reference to Juan Torres Ruiz (Juan Cala), the number 16 at Cadiz.”

The ref’s report continued, “This fact was not perceived by any of the members of the refereeing team. Valencia decided to leave the pitch following this incident. The refs didn’t seem to notice Cala’s alleged abuse. And with that, Valencia decided to leave the pitch. This got the match suspended temporarily. Both teams went to their changing rooms. After a few minutes, the Valencia delegate, in presence of the Cadiz delegate, told us they decided to substitute player number 12, Mouctar Diakhaby, and go on with the game. We agreed to give both teams a five-minute warm-up to make sure we avoid injuries. The game was resumed 24 minutes after it was first stopped and was carried out as normal from that moment onwards.”

Diakhaby didn’t return to the pitch, but came back to watch from the stands as Valencia lost to Cadiz, 2-1. When the game was suspended, the two teams were tied at 1-1.

Valencia President Anil Murthy thinks the alleged racist abuse of Diakhaby means the fight against racism took “two steps back,” and called for protocols to be changed in these kinds of situations.

“The images show clearly what happened. If the starting point in the fight against racism is proof that this happened before we take any action, then we are not protecting the vulnerable,” Murthy told the BBC. “The rules are very clear: if you don’t play, you lose the game. If you abandon the game, you lose another three points.” Murthy told BBC.

In a previous statement posted on Valencia’s social pages, Murthy assured Valencia is going to “support the player and the fight against racism to the end.”

🗣️ Anil Murthy: “Valencia CF will support our player and the fight against racism to the end”#JuntsAnemAMUNT #AllToPlayFor

Right after the game, the club posted a statement on its website, assuring that at no time were the players were under pressure to go back to the pitch.

On Monday, Valencia’s social platforms posted a picture from training, with all the players aligned behind Diakhaby to show him full support. It quickly became viral.

Cadiz went public in the aftermath of the game. The club assured it is fully invested in the fight against racism, but also showed full support for its players.

“We have complete confidence in the integrity of our squad members, who are staunch supporters of the fight against racism and have at all times shown an exemplary attitude in every match the team has played. The club cannot comment on incidents that arise between players during the course of the play and always demands respect and responsibility from its players in their attitude towards opponents,” Cadiz’s statement read.

Talking to Gol upon arriving at training on Monday, Cala said “I am very calm, I’m not going to hide. I’ll be talking at a press conference on Tuesday. It seems that in this country there’s no presumption of innocence!”

Cadiz later confirmed that Juan Cala, who scored the opener in the Cadiz win over Valencia, will be taking questions on Tuesday afternoon.

🗣 Juan Cala will speak to the media on Tuesday after the training session.

In December, the match between PSG and Basaksehir was suspended after Pierre Webo, the assistant coach of Istanbul Basaksehir from Turkey, accused the game’s fourth official of racism.

Romanian referee Sebastian Coltescu referred to Webo as “negrul ala” (translated as “the black one over there”), while pointing toward him. Coltescu was talking to his colleague, Ovidiu Hategan, who was in charge of the game.

Webo was about to get booked for using foul language toward the Romanian refs, who were talking between them in their native language. The words used by Coltescu have a similar pronunciation in Romanian to “negro,” a term that is offensive toward the black community.

After minutes of debating at the Parc des Princes in Paris, both teams went to their respective locker rooms, then refused to resume the game that night. UEFA decided that the match would kick off the next day from the minute it was suspended, but with different referees.

After an inquiry that lasted more than two months, UEFA concluded that there was no case of racism at the game between PSG and Basaksehir. Ultimately, Coltescu was sanctioned for misconduct. 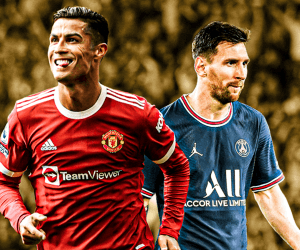