Last week I finally got off the snide, winning with Webb Simpson. In a way, though, I hedged my bet. I thought Simpson might win the RBC Heritage, but took him to finish in the top 10 instead. Simpson won the event, and instead of a 25/1 payday, I settled for a $320 profit.

That’s all right because after starting 0-5 in 2020, I’ll take any win I can get. I did kick myself a little bit for chickening out and not taking Simpson outright, however.

I’m not making that mistake this week. I’m all-in on DeChambeau. He’s played well over the past two weeks, and I think his game is in top form.

Golfers aren’t really sure what to make of DeChambeau’s new physique. Pros are split on how muscle affects a golfer’s swing. Some believe it’s a detriment, while others point to Tiger Woods, and how his bulked-up frame powered him to 15 major championships.

DeChambeau, who’s nicknamed “the mad scientist,” is constantly tinkering with his game, and this is just his latest experiment.

It seems to be working, though. DeChambeau enters the Travelers Championship with a streak of top 10s, dating back to the Genesis Invitational in February. His two events since the tour returned from a 12-week suspension have been a tie for third at the Charles Schwab Challenge, and a tie for eighth at the RBC Heritage.

DeChambeau told reporters on Tuesday that he believes a victory is near.

With his new muscle-bound frame, it’s no surprise that DeChambeau is second on the PGA Tour in driving distance. He’s averaging 320.5 yards off the tee.

It’s other parts of his game, however, that should help him this week. He is seventh in tee to green, second in all around, 13th in greens in regulation, and third in scoring average.

Those numbers are all a result of the work DeChambeau has put into his game — something he says is now showing results.

“I think my golf swing, the ability to repeat motion has increased over the past year. And even through quarantine, as I gained speed, I figured out some cool little things that allowed me to repeat motion a little more consistently,” DeChambeau said. “It doesn’t mean it happens all the time, but it’s definitely been a lot more lately.” 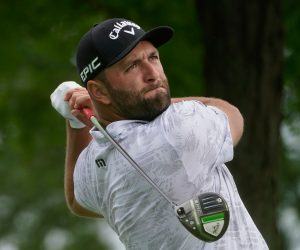 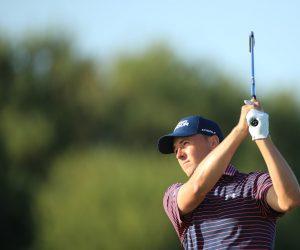 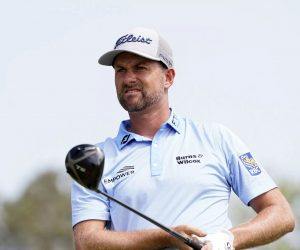