Nevada sportsbooks hauled in $448.2 million in wagers during the month of January for a win of $19.63 million, the most ever bet during the month in the Silver State. The net income falls just short of last January’s $20.3 million record hold.

“We are continuing to see the trend of record handle every month,” Nevada State Gaming Control Board Senior Research Analyst told Covers.

A calendar shift in the NFL schedule provided early January with an additional week of regular season games compared to 2015. That in turn fueled higher sports betting revenues in Las Vegas and across the state.

Gambling Down, Sports Betting Up

January wasn’t so cheery for gambling in general as statewide casino revenue dropped 2.87 percent during the month to $925.3 million. Things were even worse on the Las Vegas Strip where gambling was down nearly eight percent.

Meanwhile, the sportsbooks are flourishing, and it’s not simply due to an extra week of NFL contests. In fact, basketball was the big winner in January even though the NFL Playoffs and College Football Playoffs took place.

Basketball won $10.2 million to football’s $8.2 million during the first month of 2016. The $187.6 million bet on the NBA and college basketball was the most ever in January.

Of course, there’s plenty more where that came from. Today marks March 1, the NCAA March Madness tournament is fast approaching and along with it, excitement at Nevada sportsbooks.

Considering that there’s no clear favorite to win on the men’s side, bookies are expecting a March that is even madder than usual. The Las Vegas Strip will reach nearly 100 percent room occupancy during the opening NCAA tournament weekend, making it one of the top five busiest weekends in Sin City on the calendar year.

All Eyes on New Jersey

Off to a wonderful 2016 start, Nevada books are positioned for perhaps their best year ever. When February statistics are released later this month, it will include the record-setting $132 million wagered on Super Bowl 50.

March data will welcome the first four rounds of the NCAA tournament. April will host the men’s Final Four, the opening day of MLB, golf’s Masters, Manny Pacquiao’s final fight, and both the beginning of the NHL and NBA playoffs.

Nevada and Las Vegas has to be licking their chops with how the 2016 calendar is falling in terms of sport’s biggest events in America. The only thing that could get in their way is New Jersey.

The Garden State is currently awaiting the “en banc” decision by the Third Circuit Court of Appeals in determining whether it has the right to legalize sports betting. The NCAA, along with the NFL, NBA, NHL, and MLB, are trying to block the state from doing so by arguing that it would violate the federal Professional and Amateur Sports Protection Act (PASPA) of 1992.

The state argues PASPA violates the Tenth Amendment of the US Constitution, a decree that grants powers to the states on matters not explicitly covered by America’s supreme law.

Should the Third Circuit rule at least 7-5, Nevada would no longer hold the sports betting monopoly in the country. 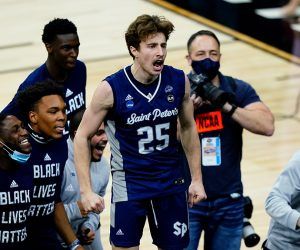